Homotransphobia: how to explain it to children 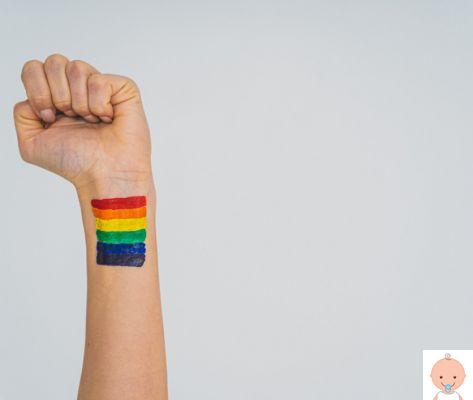 On 4 November 2022 - with 265 votes in favor, 193 against and 1 abstention - the Chamber voted yes to the Zan law which introduces the crime of homotransphobia for those who discriminate, threaten and attack gays, lesbians and trans. Currently the Zan DDL has been scheduled to be discussed in the Senate. But what is homotransphobia?

Read also: Fables against homophobia in the schools of Venice

Homophobia we mean the fear and hatred of homosexuals andhomotransphobia adds the dimension of transsexuality. A feeling of hostility e repulsion which goes, therefore, in addition to the phobia. This is why one has been under consideration in recent years regulations about it

Homophobia in the world

Homosexuals, bisexuals and transsexuals are still the subject of hate crimes and discrimination around the world today. In the world there are 72 countries where homosexuality is considered a crime. In 45 of these countries, the law condemning homosexuality is also applied to women. Homosexuality is punished with the death penalty in Iran, Saudi Arabia, Yemen, Sudan, Somalia, Nigeria, Iraq and Syria.

Violence in schools reflects wider social problems such as racism, discrimination of people with physical and mental disabilities, etc. However, according to the United Nations World Report on Violence Against Children (2006), most bullying is actually sexual or gender-based and targets those who are perceived as not conforming to prevailing sexual and gender norms. Girls who are not "feminine" enough and boys who are not "masculine enough" are specifically exposed to ridicule, abuse, exclusion and violence.

It doesn't just go against individuals, it completely undermines gender equality goals. Since this violence is fueled by stereotypical gender roles (conforming to what is said to be "male" or "female"), letting it happen unchallenged threatens the entire construction of a more egalitarian society.

The protection of gender identity in Europe

Currently in Europe There are 11 states that provide for protections for discrimination also based on gender identity: Belgium, France, Sweden, Spain, Portugal, Greece, Finland, Croatia, Malta, Ireland and even Hungary. It should be noted that the Scotland was the first to specifically mention "transgender people". If we look instead at the perimeter of the Council of Europe (therefore outside the European Union), states become 20: There is the UK, but also the Norway which had a first law as far back as 1981 and since 2022 has also included transgender and bisexual people for hate crimes. Then others like Iceland, Albania and Montenegro. But also Bosnia, Macedonia, Kosovo. and even the Georgia.

Among the most stringent on the subject is the Sweden, considered one of the most gay friendly of the world: here who is guilty of threatening or contempt for homosexuals faces up to 4 years in prison. It is one of the countries where the latest reports of the associations speak of a very significant increase in complaints for homotransphobia. Although a clear definition of homophobia is not foreseen in the legislative texts, the phenomenon has criminal relevance in the context of the so-called hate crime (crimini d'odio).

Zaff is a boy, but he has made up his mind to be a princess despite his playmates suggesting more suitable roles for him, from footballer to mechanic, from prince to king. But Zaff is stubborn. His companions consider him a monster, an alien until a little girl comes to her aid who wants to be the goalkeeper of the football team and is happy to give him her role as a princess with glass slippers. A book that speaks to children with their language of the free exploration of their own identity, and also to adults to accompany their growth without anxiety.

What is dad's secret?

Dad has left home and the children, frightened, think that he will never come back. The father, on the other hand, is always alone and makes mysterious phone calls. Children's imaginations run wild: Dad has a secret. But will it be so terrible? The mystery unfolds the day Dad introduces his friend and openly says they love each other. Dad is gay. Giulia is happy, while her brother, Carlo, is worried because schoolmates use the word as if it were an insult. A story that speaks of homosexuality in simple and direct words, which suggests offering the truth about yourself with lightness and love to your children.

Two pirate mothers, a couple of orcs who adopt an elf and a young wizard who feels like a witch. Ten fairy tales to tell that all families are magical. And to help adults to get closer to a more inclusive idea of ​​family, far from clichés and stereotypes: an idea of ​​family where there is really room for everyone, not only for those who have a mum and a dad, but also for those who live with a single parent, with two mothers or two fathers.

Bianca Pitzorno is one of the best known writers in the panorama of children's literature. The text it is a tale of hospitality but, above all, of the insignificant importance of sex in the life of a child. In the book of the Pitzornoin fact, it is not possible to establish their sex until the age of majority. A family welcomes a Danebian, a child from a planet whose name is Daned. Denebian education does not differentiate between males and females; the author stresses that the association of some characteristics with typical gender behaviors towards a specific sex is not natural. A child can play with dolls, a child with mechanic tools without the actions undermining any state of nature.

add a comment of Homotransphobia: how to explain it to children