How does the vagina change after childbirth? 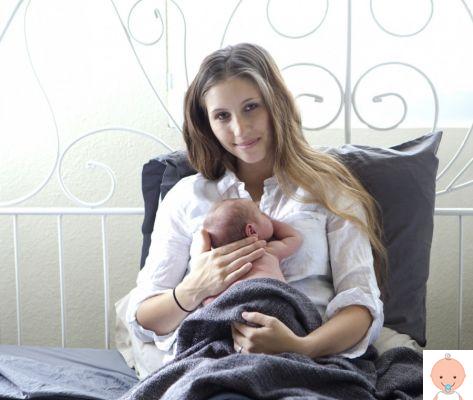 What changes does the vagina undergo after childbirth? Will everything be as before? A line from a movie said: "Try to pass something as wide as a watermelon into a hole as tight as a lemon". That watermelon was a child and the lemon was the space through which the baby must pass, that is vagina. Having said this, every woman could give up having children until the end of time, since the image is not exactly a hymn to delivery. And yet rest assured: you can do it. And not in one in a thousand as the legendary Gianni Morandi sang.


The female body adapts to the arrival of a new life and so it works for i too pelvic muscles that loosen to make room for the baby to pass. Sure, there are terrifying stories of mothers who had to undergo an episiotomy - that little cut to help the baby's head come out - and then couldn't sit for months due to stitches. Giving birth is not a walk in the park: maybe some have a labor quick, but still - unless it's a caesarean - the path is one and only one.

Read also: The vagina is no longer the same

Many women are worried about the aftermath. "What will the vagina be like when I have given birth "? How does the woman's body change? Will I still feel pleasure during intercourse or will I have pain? " these are the most common questions. These are more than legitimate doubts, especially if she has never given birth before. However, after the birth of a child, sex is no longer the same: partly because children upset the rhythms of a couple's life, on the other from an anatomical point of view. However, this does not mean that one should expect the worst and begin monastic life.


In fact, many women could experience pain during intercourse before becoming mothers, but after giving birth the pelvic muscles are more relaxed and it is very likely that the discomfort will no longer exist. Different speech regarding the small urine leaks when maybe you laugh or sneeze: it may be that the pelvic floor is too relaxed and that he should therefore be re-educated in some way through specific exercises, which in reality can - indeed are highly recommended - even during pregnancy. The most effective is the contract the pelvic floor muscles as if one were to hold back the flow of pee. Begin already around the 34th week of pregnancy: you will see that you will get excellent results.

A series of exercises useful for strengthening the pelvic floor

If, on the other hand, you are desperate, know that there is a surgical technique called “FemLiftWhich in a nutshell consists of a "rejuvenation" of your vagina to give it new tone and vitality. Maybe we can discuss this about it.

Audio Video How does the vagina change after childbirth?
How to understand the sex of the baby from the ultrasound: the guide of the midwife ❯

add a comment of How does the vagina change after childbirth?