How to build a healthy relationship between mother and daughter 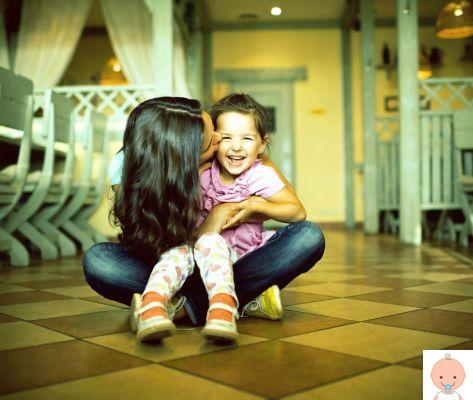 How to build a good mother and daughter relationship

The relationship between mother and daughter it is often imbued with different behavioral dynamics that can evolve into problematic and conflicting situations or become an excellent drive towards self-realization. The reference figure is significant in the path of growth and, in the symbiotic context of mother-daughter relationship is extremely important.

Indeed, the woman who gives birth to a daughter will not be long in identifying with her and, the latter will have her parent as a female model of reference. This bond will evolve in a positive way if both are able to separate peacefully and start a process of identification while preserving the mutual love that will be poured into other relationships.

It's just the type of attachment to define the girl's future experiences in the workplace, social and couple. But for this to happen, the separation between the two must have components of maturity aimed at stimulating growth and autonomy in the other. without these generating possible "feelings of guilt". There are also anaffective mothers, unable to feel affection towards their children: psychology struggles on that to understand the effects and causes of such behavior.

Read also: Fusion relationship between mother and daughter: what it is and what are the risks

Preserve self-esteem and confidence in your abilities it is essential for an adult to develop and progress. When this does not happen, the dyad enters into conflict generating a series of sufferings from which it is difficult to get out.

But why the guilt?

Guilt has a broad meaning in the psychological literature and is to be understood as a self-reproach. When an action transgresses the rules or is significant in terms of assuming responsibility, the behavior is considered (socially or individually) reprehensible enough to give rise to "guilt". However, the individual is not always aware of the reason that triggers it. In fact, the set of feelings that compose it arise from early childhood and in particular from the bond between parents and children and from the education received.


The main function is to distinguish between what is good and what is bad (Freud, 1930) and empower the individual it also means to punish him. This is possible for example in the legal field, however it becomes more complicated if we are talking about human relationships above all if the sense of guilt has an unconscious origin.

This is how the psychic discomfort arises which, in the form of anxiety, distress and depression, poisons relationships. A life experience can give rise to these feelings that inevitably manifest themselves in the relationship between mother and daughter generating conflict and mutual misunderstanding. A separation, a divorce, an abandonment, an action not accepted or not shared, a hidden envy induces in the other a basic judgment that directly involves him through different channels.

“I feel guilty because I'm not one good mom" ("What can I do to console you, so that you are happy?"), “I feel guilty because I as a daughter cannot meet your expectations"(" I ask you to be a certain way and I am sure you will make it ")," I feel guilty because I have done a malicious action and I know that you will not understand "(" I could not educate you better and for this I torture myself, I suffer "). In reality, many occasions can give rise to conflict e the only way to face suffering, and untie the knots of misunderstanding, è communicate your emotion openly.

Excessive love towards a child, covering him / her with attention or being particularly apprehensive and worried inevitably limits him / her and the resulting effect is precisely the difficulty distinguishing what is right for oneself from what may be right for the other. The sense of guilt is poured out in terms of immeasurable affection or in the form of behaviors (verbal and otherwise) that make the other bound to the bond.

Recognize your own fragility and error that have generated inappropriate behavior makes the relationship shed this burden indefinable, leaving room for truer and more lasting feelings and sensations. The bond is maintained as long as the emotion continues to manipulate the relationship by creating one mutual dependence.

Allowing one's child to emancipate himself and adequately recognize himself in his choices, also creating meaningful bonds outside the primordial relationship, allows the person to fulfill himself in his fullness. Managing emotions is quite complex, but opening up gives a way to experience the other in a more authentic way. In fact, it is precisely the assumption of responsibility that provides the most direct tool to be able to clearly define what is wrong within a relationship and intervene to make it work.

The role of a parent is that of accompany the children in their growth to give them the opportunity to continue on their own path even making a mistake. Support and encouragement have the prerogative to nurture self-esteem, self-awareness and independence while preserving the relationship.