How to discourage people from touching your baby bump 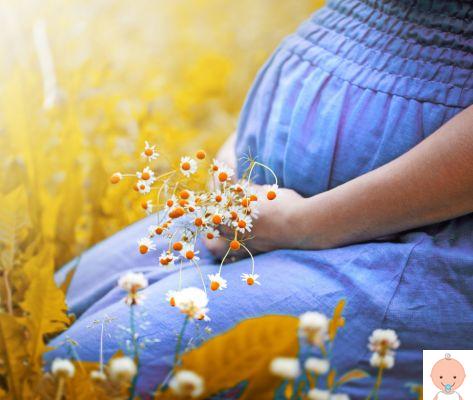 When they touch your pregnant belly

When the baby bump begins to show, it almost seems to act as a magnet for a multitude of people (alas, sometimes even strangers) who have no qualms about reaching out their hands. While some women don't particularly bother, others hate him, and for good reason.


The belly in question is not a lucky croissant: it has, just happened, an owner, who might not like groping by random people, yes, even if it is friends and relatives! Because it's not that to your best friend, or to your mother-in-law, you approach saying: “Ah, what a nice, full and round ass! Can I give him a caress? " This is to immediately crush those who feel very polite and impeccable just because they ask before touching. I give you news: you are NOT.

Read also: Five ways to cuddle baby in the tummy

But sadly, as it is not read by the whole universe (although it should :-) here is a list of ideas for you to discourage those who touch your belly.


If someone comes to ask you to touch, we are already off to a terrible start. Obviously he expects a yes, because what woman would not appreciate a good groping from her great-aunt or from a perfect stranger met on the bus? My advice is: if you don't like it, say it bluntly. No thanks. Remember that these are the same ones who will then move on to touch the baby directly: that's right, they'll stick their dirty, germ-filled hands into the pram, proudly, because they're just expressing their boundless affection, aren't they?

Indeed, not stakes, giant sequoias. "I am not pregnant. I'm just swollen.“The alternative is to laugh it off, with a phrase that should in theory discourage the brightest minds. Just to be on the safe side, it is best to accompany her with a grim look and a backward leap than the hands that stretch over the creature. (Too bad you can't wear an electrified barbed wire belt).

This is for those who are not ashamed to look like a crazy mother: do well, after all it is for a good cause. And it is also preparatory. I saw with my own eyes a mother in the hospital, three minutes after giving birth, being laughed at by the whole family because she asked her brother-in-law to disinfect his hands with the special detergent before touching the baby. Here, at least people already know what to expect: a mom "obsessed" and happy to be. "Hey! What are you doing?!?" If it weren't for the fact that the palpa-belly are EVERYWHERE, this would be the normal reaction to a person who stretches his hands with such nonchalance. If you think about it, there is no reason not to react this way. Just because everyone does it doesn't mean it's fair.

Being a whale does not prevent you from a certain agility in your movements, especially if dictated by maternal instinct: moving away and crossing your arms on your belly, or moving away, is quite explicit. But unfortunately, for some particularly determined people it may not be enough.

You can always opt for the honest approach, which you can eventually bow with arguments of various kinds "My gynecologist warned me that my stomach will be more sensitive" "You know, now it's moving ..." "The hormones are crazy ", But after all, what is the point of seeking excuses?

Phrases with effect against belly touchers

And here are 10 striking phrases that will discourage unrepentant belly touchers ... We warn you that even these digs could not be enough with the most determined!

Defending the baby bump if you don't like the touch of people other than your partner, if you think about it it is one of the first ways you have to exercise your new role as mom. If you scruples even just telling people "please don't touch me" what will you do when they take the baby from your arms without even asking? Or when they kiss him full on the face or even worse on his hands, which a second later he will have in his mouth? Or when they show up at your door affected and on antibiotics, whatever you want to happen, the babies are full of antibodies?

Unfortunately, becoming a mother also means contradicting someone. Stop liking everyone, and defend your puppy even at the cost of your popularity. We might as well get used to it.

What's your son's name? Ranking of the most used names from 1999 to today ❯