How to explain March 8 to children 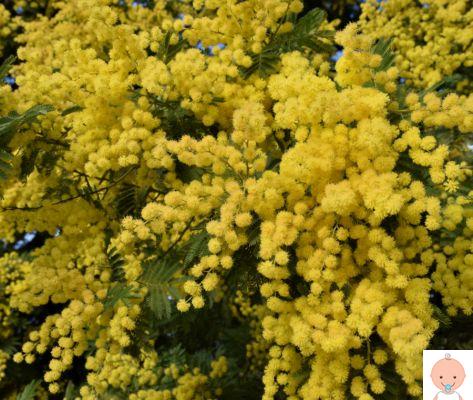 March 8 is the international women's day, better known as Women's Day. Normally we give the mimosa, the flower with yellow dots, to the mother, wife, girlfriend, sister, but that simple flower has a much more important meaning. It's not just an evening to party with friends. March 8 celebrates all the women who struggle and have fought for social achievements, such as voting. Let's see together why we celebrate.

Read also: Women's Day: DIY crafts to do with the kids

March 8: the legend about the origins

The first dates back to 1911, and that's what for many gave rise to this festival.
In fact, on March 8 of that year, a group of female workers of one New York textile industry he had been on strike for days against the terrible conditions in which they found themselves working. To quash the protest, the owners of the company had blocked the exits of the factory, preventing the workers from leaving. But suddenly something went wrong and a fire broke out killed as many as 134 female workers.

The second historical event likewise demonstrates women's commitment to their rights and freedom and is related to February Revolution in Russia, during the first World War.
On the day ofMarch 8 in addition to all the men in revolt, many Russian workers also took to the streets to protest against the Tsar and therefore this date is remembered as a determining factor for the history of the female gender.

It was initially the American Socialist Party to launch the idea of ​​a day dedicated to the importance of women in society, but it was celebrated on 23 February. This event was resumed by activist Clara Zetkin in 1910 during the second International Conference of Socialist Women held in Copenhagen, Denmark.

Only since 1977 has the Women's Day become an international event.

In fact, all over the world, demonstrations and celebrations are held to remember the social and political struggles that women have faced to obtain rights that, for men, have always been normal. However mimosa it is a custom all over the country.

In St. Petersburg, on March 8, 1917, women demonstrated to demand an end to the war. Later, to commemorate this event, during the Second International Conference of Communist Women in Moscow in 1921 it was established that March 8 was International Workers' Day.
In the country the first women's day took place in 1922, but on March 12 and not on the 8th.

However, in the country we have to get to the seventies to see the birth of a real feminist movement. L'March 8 in Piazza Campo de Fiori in the city was held the manifestation of women's day, during which women also asked for the legalization of abortion.

In 1946 two women enrolled in theUDI (Unione donne el paesene), Rita Montagnana e Teresa Mattei, proposed to adopt this flower as a symbol of Women's Day. The decision was put to a vote and the UDI women unanimously voted for this flower. Beautiful and unusual, the mimosa is the only flower that blooms in March and it's cheap, so it can be given as a gift by everyone. What were the other flowers in the competition? Anemones and carnations, came in second and third place.

What to do with the little ones

You can tell that before women did not have all the rights they have today and there are some countries where even today they are not as free as we are. You can tell about all the great women who made history, reading books dedicated to these figures. It will be a fun and easy way to retrace history.

The «Nursery rhyme of woman and mimosa» is a nursery rhyme created by the writer Mimmo Mòllica for 8 March, Women's Day.

How to explain the Earth to children? ❯

add a comment of How to explain March 8 to children