How to explain the Earth to children? 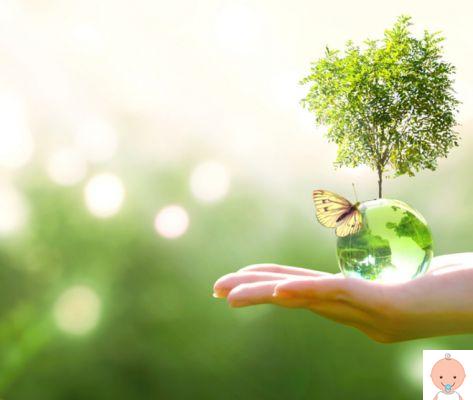 How to explain the Earth to children

Il 22th April every year we celebrate World Earth Day, a precious opportunity to photograph the state of health of our planet, to bring out critical issues and support globally the actions we can take to protect the Earth and to change the things, starting from our daily life. In many schools, Earth Day allows teachers to propose new materials and topics of study on our planet, to have concept maps developed and to study how the Earth is made. But how to explain the Earth to children? Here are some tips.

Planet Earth: how it is made

La Land is one sferoid offer (i.e. it has a spherical shape but not perfectly round) and is the third of eight planets that make up our solar system and is the only one that can support life. The Earth is estimated to have 4,54 billion years: in northwestern Canada, ancient rocks of about 4,03 billion years have been discovered.

The highest point on Earth is the Monte Everest, in Nepal, which rises 8.850 kilometers (29.035 ft) in the Himalayan mountains of Asia.

The Earth is a place rich in water: about 71% of the earth's surface is covered with water, and the oceans contain about 96,5% of all Earth's water. Water is also present in the air as water vapor, in rivers and lakes, in polar caps and glaciers, in the ground as soil moisture and in aquifers, and also in living beings that inhabit the planet.

The outer layer of the Earth is made up of large moving pieces called plaques. All the earth and water on the planet are found on these plates which are made of solid rock. Below the plates is a weaker layer of partially molten rock on which the plates are constantly moving.

When plates move, they can interact with each other in different ways:

Impossible to dig a tunnel in the center of the earth (as Jules Verne had imagined) to go and see what it is, but modern technologies and tools available to scientists have made it possible to use seismic waves to understand that the Earth is made up of layers , like an egg. The structure of the Earth is made up of three concentric layers: the crust, mantle and core.

The concept map can be very useful for summarizing and schematizing the movements of the Earth on itself and around the sun (motion of revolution and motion of rotation), but also to draw the very structure of the planet inside.

For primary school children we can make a real one Earth identity card:

How to Push During Childbirth and Labor: Breathing and Relaxation Techniques ❯

add a comment of How to explain the Earth to children?