How to get rid of stuffy noses in babies and children 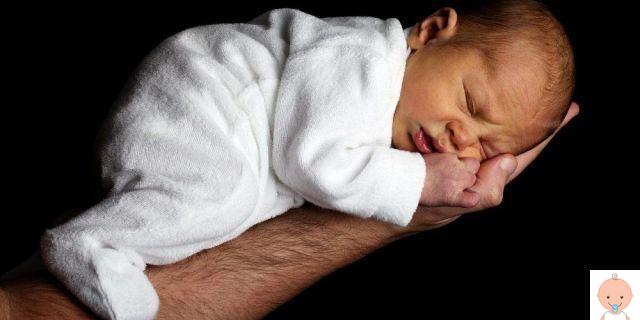 Confess it: whenever you hear your puppy has the stuffy nose you feel bad. And not because some are probably on the way ailment, but because you already know what awaits you on the changing table to free it: cry, dread and reckless attempts to escape. Delete the mucus however it is important, especially in most people children, which at least until the age of 3 do not know blow the nose. In short, it will also be a kind of "tragedy“, But you just can't do without it.

Il stuffy nose è annoying already for us adultslet alone in a little being a few months or weeks. Does not do sleep well at night (when by the way the feeling of constipation increases), makes it difficult tonursing and makes our children nervous. The mucus however it should not be done stagnate because it can provoke problems more serious than a banal cold. For example, if it ends in ear canal can unleash a beautiful otitis. painful and harder to treat.

We might as well arm ourselves with a saint patience e self control and try to free this blessed one stuffy nose. Let's see how.

I nasal washes are the most common method and simple, although perhaps more hated by the little ones. You can use the solution physiological, but the ideal would be warm it up a little bit: they are enough 37% temperature to kill virus e bacteria that nestle in the nose. Use a commune syringe (obviously without needle !!), but avoid leaving it "hanging" in bottle of physiological because this is the best way to promote proliferation of the bacteria. On the market, however, there are also different types of vials disposable or of spray.


And let's get to the point. Put the little one on a the capital market sector, equity side and debt side, in all the preparatory and executive phases for the issue and placement of financial instruments; and spray one nostril at a time, until you realize that the little nose has set free and that the liquid comes out on the other side. Your child will probably stay screaming like crazy, but you keep going. Repeat yourself as a mantra that “you are doing it for him”.

The nasal sprays which, in most cases, are based on sea ​​water to which others are added substances that can help "disgorgare”The nose, like hyaluronic acid. But ask yours pediatrician which one to choose, particularly if it is to be a solution hypertonic o ipotonica (the difference is in the amount of I left contained).

To free the stuffy nose in most older children you can try a device which connects to normal appliances foraerosol. It's kind of a blister and nebuliza the physiological solution in particles tiny ones that come with softness and depth in were nasal. When needed, it can also be used with drugs prescribed by the doctor. Compared to the traditional aerosol it has the advantage of being more fast.

Another system is constituted by nasal aspirators that allow you to delete the secretions nasal, precisely by aspirating them. They are equipped with all accessories to adjust the intensity of the suction. There are those too manuals, in which you are aspiring from a spout the mucus (don't worry: there is no danger of it getting in mouth!).

- aspirators are very effective, but i children they don't always love them. But one thing is certain: better do it to shout 5 minutes and release the stuffy nose than going to meet complications colds!

How not to gain too much weight in pregnancy ❯