How to Push During Childbirth and Labor: Breathing and Relaxation Techniques 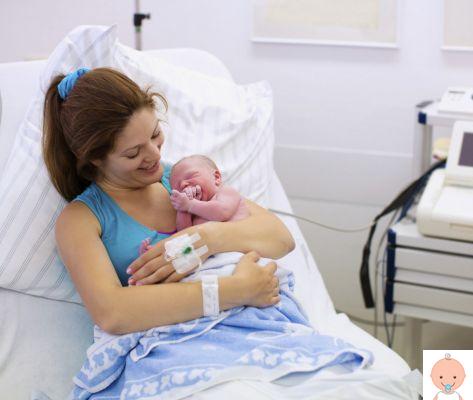 How to push during childbirth

During labor, correct breathing and effective thrusting are very important to get to the expulsion phase and to complete the natural birth. But what are the best techniques for push during childbirth? There are gods precise ways to push? And what is the right time to do it?

How many thrusts to give birth

To start pushing it is good to wait until the cervix is ​​fully dilated, i.e. a 9 cm. The baby has channeled into the birth canal and the cervix is ​​completely open: the baby's movement stimulates the desire to push. It is advisable not to push if the cervix is ​​not yet completely open because it would risk swelling and making the expulsion phase more difficult then. However, it is completely normal to feel the need to push even earlier, and there is nothing wrong with this feeling.


Also, remember that it is best to wait until you feel the need to push spontaneously, following the so-called the fetal ejection reflex, instead of pushing on command, when asked by the obstetrician and gynecologist.

Establishing a climate of dialogue and trust with your doctor or midwife is very important to feel at ease, perhaps to be able to choose the best location to be taken during labor and to never feel embarrassed. In fact, it may happen that you feel the need to urinate or poop during childbirth, some scream a lot and some others not at all: there are no rules during labor and know that doctors have seen all kinds of them.

Things that happen in the delivery room (PHOTO STORY)

Very strange things can happen during labor, here are a few

Breathing during the pushes of childbirth

It is important to know that when pushing during labor the push must be supported by a correct one breathing.

In some preparatory courses the woman is asked to breathe in apnea, pushing the diaphragm and concentrating the thrust in the lower abdomen, but this way of pushing can be traumatic and cause damage; instead it is better to indulge a push with the exhalation, which allows to relax the perineum and favors the expulsion without increasing the risk of lacerations.

Better to push without closing the glottis and without going into apnea, but exhaling deeply and possibly also vocalizing to facilitate the escape of air from the lungs. In this way it pushes itself naturally on the perineum.

La presence of the partner it can help when you have to push: holding your partner's hand tightly helps not only emotionally, but also physically. It is also important to focus on your body: is the position comfortable? Can a massage help?

The most correct breathing to keep during childbirth is that diaphragmatic. What is it about? It is a breathing that involves the diaphragm which is a barrier that separates the chest from the abdomen.

Diaphragmatic breathing starts from the other, fills the lungs with oxygen and causes the belly to swell. Oxygen not only invades all tissues providing relief, but also promotes the production of endorphins, which help to regulate and decrease pain perception contractions, and helps to keep calm and concentration.

The best technique is to inhale and then exhale as you push, for one coordinated movement. It is clear that no one is able to improvise a correct breathing technique. For this reason, it is advisable to attend a preparto course or a prenatal yoga course during which they will explain how to breathe properly and will show you some exercises to train.

Give birth without pushing

It is impossible to give birth to your baby without pushing. As we said, the push is a real instinct, called the fetal ejection reflex, that is, it makes us feel when it is the right time to push because the baby asks for it, which in turn presses to exit the uterus canal.

Epidural anesthesia removes pain caused by uterine contractions but does not eliminate all sensations associated with the position of the baby's head in the pelvis. So a woman in labor who has been well prepared and who has been followed correctly during pregnancy knows that the epidural will not deprive her of the sensations of increased contractions and the arrival of the expulsive phase. In short, contrary to what is commonly believed, the epidural will not prevent the woman from indulging the desire to push during labor.

Read also: The stages of labor

In conclusion, the most important thing to remember is that the urge to push occurs when the baby has channeled into the birth canal and his head pushes against the perineum. And he himself pushes with you: you will no longer feel pain or contractions, but only an uncontrollable force that will finally lead to the birth of your baby.

One of the most important things to keep in mind when pushing and breathing during childbirth is to maintain the concentration, therefore, be present to oneself to be able not only to put into practice all those teachings and indications that were provided to us during the preparatory course, but also to be able to listen to the midwife, follow the flow, coordinate breathing and thrusting in the most functional way.

Here are a few relaxation techniques that we can put into practice during labor, and that will help us better manage pain and keep us focused:

How to overcome the fear of childbirth in 10 steps ❯

add a comment of How to Push During Childbirth and Labor: Breathing and Relaxation Techniques