Hydatiform wheel, what it is and how to treat it 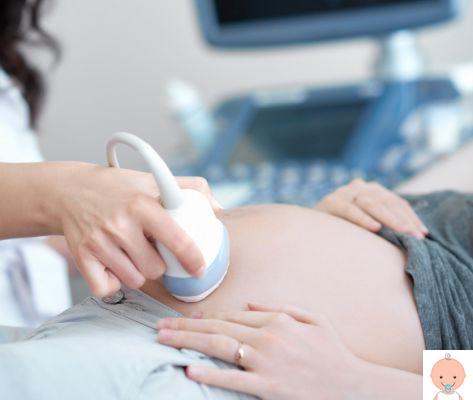 A molar pregnancy, Also known as hydatiform wheel, is a rare complication of pregnancy characterized by abnormal growth of trophoblasts. Let's see how it works.


La hydatiform wheel it is a neoplasm of the gestational tissues that particularly affects the villi, that is the supporting tissues of the embryo. When this pathology arises, the embryo is almost always absent. The term “Idatiform” derives from “hydatid”, which means “water-filled cysts”. Other terms used to describe a molar pregnancy are 'vesicular mole' and 'gestational trophoblastic pathology'.

There are two types of molar pregnancies:

Causes of the hydatiform wheel

A molar pregnancy is caused by a Ovum abnormally fertilized and chromosomal abnormalities. In any case, the hydatiform mole can be considered a "missed miscarriage" because the pregnancy is not vital but the product of conception has not been expelled.

The hydatiform mole mainly affects very young women, with aunder the age of 17, or in advanced fertile age (thirty and forty years old) but it is a disease which can be cured. In this case it does not compromise fertility and does not increase the incidence of congenital anomalies. In the United States, research has shown that hydatiform mole affects one in 2000 pregnant women, while in Asian countries the frequency of cases is 1 in 200. The reasons for this are still unknown. It must be said that more than 80% of hydatiform moles are of nature benign and tends to spontaneously regress.


However, in 15-20% of cases the disease can persist and 2-3%, in other words 1 case out of 25000-45000 pregnancies, is followed by a choriocarcinoma, a highly invasive type of malignant tumor that generally also causes metastases.

various factors are associated with molar pregnancy, including:

Symptoms of the hydatiform mole

A molar pregnancy may initially appear to be a normal pregnancy: the manifestation of the disease generally occurs within 10-16 weeks of conception, through a rapid increase in the size of the uterus which is often larger than expected for the estimated gestational period.

I symptoms generally they are:

Among complications of the disease there may be

It is possible to do one diagnosis of the disease through a pelvic ultrasound which, however, is not always infallible. Confirmation of the diagnosis is only possible through a histological examination.

In cases where the mole regresses spontaneously, the doctor usually prescribes the patient a oral contraceptive which should be taken for six months, unless contraindicated. If on the contrary the grinding wheel does not regress it is necessary to remove it through an intervention of hysterosuction which consists in emptying the uterus through the instrumental aspiration of the molar material.

The woman is then given oxytocin and a revision of the uterus cavity is carried out through the curettage.

In the most serious cases, it is possible to resort tohysterectomy, i.e. the removal of the uterus, but before proceeding with this operation, various factors are evaluated including the age of the woman and her plans for possible future pregnancies, this is because with the removal of the uterus the woman remains sterile. Through the examination of beta-HCG it is possible to find out if the pathology persists despite the implementation of these measures. If the pathology does not regress it may be in the presence of an invasive mole or a choriocarcinoma that requires chemotherapy treatment.

The prognosis of the malignant mass, in the absence of adequate therapy, is very bad, with mortality very high. If you start a nucleoside aggressive survival chances are much higher.

The therapy of choriocarcinoma is one of the fields in which the administration of anticancer drugs is most successful; choriocarcinoma can in fact be considered the first malignant tumor curable with only chemotherapy treatment. The tumor is classified as metastatic or non-metastatic. If the disease does not metastasize, chemotherapy treatment usually takes place through a single drug and the chances of recovery reach 100%.

Il metastatic choriocarcinoma instead it requires a more aggressive treatment which is obtained through the interaction of different chemotherapy drugs in relation to the severity of the disease. Also in this case the prognosis is not necessarily negative, in fact if adequate therapy is established in time, the percentage of cure for patients considered to be at high risk, that is, those with a greater chance of developing metastases, is 60-80%.

add a comment of Hydatiform wheel, what it is and how to treat it