Infections in pregnancy: what are the risks and how to prevent them 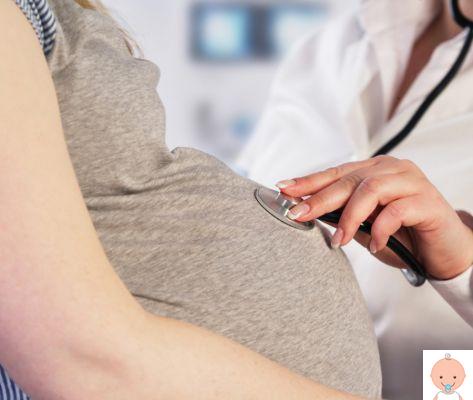 Pregnancy usually takes place without complications, but in some cases the expectant mother can contract some infections that can be risky for both her health and that of the fetus. Let's explore what the infections in pregnancy more dangerous and how to cure them.

Infections in pregnancy how to recognize them

The best way to fight infectious diseases in pregnancy is the prevention or in any case an early diagnosis: the earlier it is, the easier it will be to intervene, reducing the risk of contagion and any damage that a high-risk pregnancy can cause.


Before pregnancy, an interview with the gynecologist will help to outline one infectious disease map that the woman has already had and therefore will not be able to have during gestation because she has developed immunity. This is the case with rubella or chickenpox. In case of lack of immunity, the doctor will advise the woman to get the vaccine before pregnancy to avoid being able to get sick during gestation, with consequent risks for the fetus.

recognize infections in pregnancy blood and urine tests are performed regularly, in order to make an early diagnosis and put in place a rapid and effective therapy.

Infectious diseases they can be dangerous because they can be transmitted in vertical manner from mother to child. Contagion can occur through placental blood, during childbirth or during breastfeeding and precisely the modality of the possible transmission of the infection is an important fact to evaluate when choosing whether to opt, for example, for a cesarean section.


There are precise ones guidelines for doctors and gynecologists who give precise indications on how to proceed in case of pathologies in pregnancy. For example the choice of opting for a Caesarean section it depends a lot on the mode of transmission of the infection: if there is a possibility that the baby will be infected during its descent into the birth canal, it will be preferable to plan a cesarean rather than a natural birth.

Infections in pregnancy and miscarriage

Some infections can lead to complications in late pregnancy or during the nine months that increase the risk of miscarriage. It is the case of:

Other bacterial or viral infections can cause fetal harm and malformations:

Lo group B beta hemolytic streptococcus (SGB) is a bacterium physiologically present in the vaginal canal and lower intestine. It generally does not cause any problems or manifest with any symptoms, but it can be a problem during pregnancy.

During gestation a vaginal-rectal swab is carried out in view of the birth in search of the bacterium. This is because the bacterium is transmitted vertically during delivery and can be fatal to the fetus.

It is not possible to preventinfection but it is important to promptly diagnose streptococcus in order to implement the most suitable antibiotic therapy.

In case of failure to diagnose the newborn can contract pneumonia, encephalitis, meningitis or sepsis, which is a generalized infection that develops around 24 hours after birth.

Very annoying intimate itching, whitish vaginal discharge with a consistency similar to cottage cheese, burning during sexual intercourse: these are the main symptoms of candida, those that most women know well and that can also occur during pregnancy.

How is the candida in pregnancy? It is important to drink a lot, take lactic ferments indicated by the gynecologist, follow the prescribed therapy, based on vaginal ovules or candles, which do not involve risks for the child.

La cystitis it is an infection that can occur several times in a woman's life. Symptoms are intense itching and burning when urinating, false urge to urinate and urge to urinate very often, pain during intercourse. To prevent cystitis we recommend drinking plenty of water, advice always valid especially during pregnancy, wear comfortable clothes, underwear made of cotton and natural fibers. Cystitis is diagnosed with a urinalysis and urine culture that will highlight the bacterium responsible for the infection. The gynecologist will prescribe suitable antibiotic therapy.

Post partum infections: what are the symptoms and how to treat them ❯

add a comment of Infections in pregnancy: what are the risks and how to prevent them