International adoption: the procedure to be followed, the costs and the authorized entities 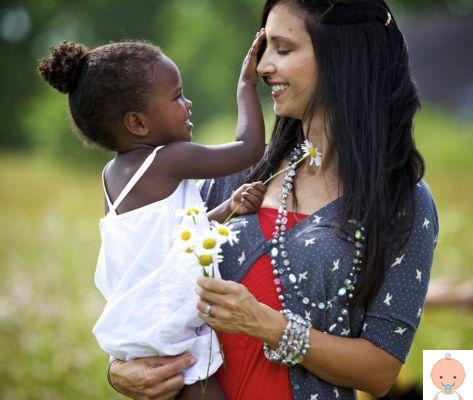 In the country every year about a thousand children are declared adoptable, compared to ten thousand applications for adoption by couples of aspiring parents and singles.


L'international adoption it remains an alternative that is being considered with increasing frequency. But adopting a child abroad is not easy at all and it is also very expensive.

As revealed by a Repubblica investigation, bureaucratic difficulties and high costs are among the causes that have led to a reduction in the number of couples who have adopted a child abroad: in 2022 they adopted 2291 couples against 2469 in 2022. Also plays an important role economic crisis.

L'process for adopting a child it begins in the same way, both for those who choose domestic and international adoption. You have to submit one question to the Juvenile Court of your city (the form is available in the chancelleries) to affirm your willingness to adopt a child. Some documents must be attached to the application:


According to Law 184 / 83 (amended by Law 149/2001) which governs both national and international adoption and fostering can adopt couples who have been married for at least three years or "who reach this period by adding to the duration of the marriage the period of premarital cohabitation, and among which there is no personal separation even in fact and that they are suitable for educating, instructing and able to maintain the minors they intend to adopt. "

The minimum difference between adopter and adopted must be 18 years and the maximum difference between adopters and adopted is 45 years for one of the spouses, 55 for the other. This limit can be widened in the chaos in which two or more siblings are adopted or if they have a natural or adopted minor child. Having said that, it is good to know that the authorities of many foreign countries have stricter limits in terms of the age of parents and often prefer younger couples.

After submitting the application, the Court entrusts the task to Social Servants to investigate the couple of aspiring parents, research will be carried out within 4 months, there will be home visits and meetings. After that, the Court has two months, after the territorial services have delivered their final report, to summon the couple and approve the application, certifying thesuitability of the couple to adopt.


Once the couple has received the decree of suitability within a year you can contact one of the institutions that deal with international adoption in the country. This association will indicate times and ways to apply.

When the institution, which will have contacted the foreign country, will have received the availability of a child to adopt, some will be organized meetings of the couple with the child in your country, following these meetings, the foreign authorities will have to give a positive opinion on the adoption.

After 'autorizzazione by the foreign country, the Commission for intercountry adoptions authorizes the entry and stay of the adopted child in the country, at which point the period of predictive custody at the end of which the child will legally become part of his new family el paesena.

That said, the law is clear: international adoption can be successfully completed only and exclusively if you rely on an entity, authorized by Commission for intercountry adoptions, which is responsible for following the expecting parents throughout the process, maintains relations with foreign authorities and coordinates travel abroad, as well as organizes courses for parents.
An updated list of authorized entities is available on the website of the Adoption Commission, each of which operates in some countries. If the couple prefers to adopt a child in one country rather than another, they can choose an institution that operates in the selected country.

One of the most active accredited bodies is theAi.Bi. Children's friends which has offices throughout the country, to handle the procedure international adoption by the city in Palermo, and is operational in many countries, from Congo to Ukraine.

On average the cost is 40mila euros. As we said at the beginning, it is enough to fill in a free application for availability to adopt, but then everything that comes later, from the procedure to be followed to contact authorized entities, travel abroad, expenses for services in the country and the expenses that must be incurred after adoption (and that can only be deducted from the tax return for 50%) in the end is a economic bloodletting.

And then there is the chaos linked to the costs of the authorized bodies that operate in the countries where international adoptions take place and that assist parents throughout the process. The various non-profit organizations and NGOs have the obligation to communicate to the CAI (the International Adoptions Commission) the cost, for each country in which they practice, that will be required of couples who come to them. And the Cai must update and check that the numbers are adequate.

Read also: How to adopt a child

I services and costs are generally divided as follows: between i 3000 and 7500 euro for services rendered in the country (training courses, professional interventions, post-adoption services and what concerns the management of the practice); a figure that can even reach 18.000 € for services rendered abroad by the same entities. Furthermore, future parents are often required to pay for the maintenance of the minor of the structure that hosts him in the meantime that the practice goes on. And again, the travels and the food and accommodation of the couple in the foreign country.

And after all this long bureaucratic process and this economic drain, there is no certainty that the practice will be successful and that it will be able to bring the child into the country. It may happen that a so-called occurs Country crisis which prevents you from carrying out the practice and forces you to start over.

What does it mean to become an adoptive parent and how does the long process you have to undertake to adopt a baby translate into your daily life? Many witnesses and experiences of adoptive mothers and fathers who are online. For example, in her forum dedicated to adoption, Holly tells how she managed to bring her little girl home from South Korea.

From Vietnam, on the other hand, three siblings have arrived adopted by this couple who have left the story of their own experience on the NAAA (Network Help Assistance Reception - Onlus) website, an association that operates in the field of international adoption in 12 countries around the world.

Finally, Moms' Colors is a blog that collects the stories and advice of adoptive mothers.

On the Net we find numerous forums and discussion groups on the hot topic of adoptions, both national and international. One of the richest is that of Ai.Bi, which as we said is an accredited body for adoption abroad.

Participating in these discussions offers the opportunity to have a moment of confrontation with other couples of aspiring parents who are facing the same path and also to unravel any doubts that may arise during the adoption process.

Also in the forum of there is a forum on adoption, very rich and very active

There are several structures in the country engaged in assistance and guidance and information services for those who decide to undertake this path. TO Gaeta, for example, at the Service Center in Via Firenze 2, in collaboration with the Ernesto Volunteer Association, he opens the Helpdesk for International Adoptions. It provides a welcome, guidance and information service on the entire process of international adoption. It offers legal and psychological assistance from the initial moment of the procedure until the arrival of the child in the family and also in the period following adoption.

The Di Biase volunteer specifically illustrated the services that the Sportello is able to provide:

Information, preparation and assistance to couples in the adoption procedure and post-adoption assistance with professionals (social worker, psychologist, pedagogist, doctor and lawyer); assistance to families abroad, with professionals (interpreter, chaperone, psychologist, lawyer); cooperation and subsidiarity activities and projects in Hungary. A 360 ° help, therefore, which begins with assistance in the procedures to obtain eligibility for adoption by the Juvenile Court, and also continues after adoption in the form of support for parenting, family, school and social integration. of child.

Audio Video International adoption: the procedure to be followed, the costs and the authorized entities
Name Adriana: meaning, origin and diffusion ❯

add a comment of International adoption: the procedure to be followed, the costs and the authorized entities