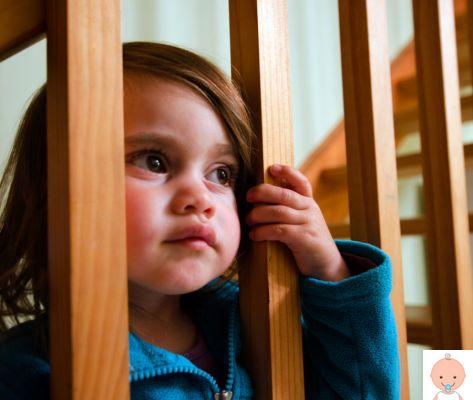 Is it legitimate to leave minor children at home?

How many times has it happened to leave your children alone at home though for a few minutes? Ordinary choices but which can be expensive. In fact, leaving a minor at home alone and unattended constitutes a crime. Even if it is left for a short period of time, the risk for the parents is to incur crime of abandonment of minors or incapable persons referred to in art. 591 of the Criminal Code, which punishes anyone who abandons a person under the age of fourteen, or a person incapable, due to mental or physical illness, old age, or other cause, to provide for himself with imprisonment from six months to five years, and of which he has custody or should take care.

Duty of supervision and care

Despite the short time of absence, even in this case the parent is failing in his duties of supervision and care creating a potentially dangerous situation for the minor. And in fact, to be sanctioned by the penal code is not so much the damage possibly caused to the minor, but the simple possibility that such damage will occur: therefore it detects the dangerous situation and not a specific event. In other words, even if the child does not suffer any harm, he does not get hurt and maybe, left while he was sleeping, he is found in the same position he was in when the mother left, the sentence is served. When the minor is under the age of fourteen, in fact, the law assumes the inability to self-determine, so that the configurability of the crime of abandonment is not excluded from the parent's belief that the under-fourteen-year-old child is able to look after himself or the circumstance that the latter is entrusted to an unsuitable person, such as a peer or an elderly person without control of ordinary situations of danger for his own safety and that of others.

The crime of abandonment

The conduct of abandonment, in particular, can consist of any action or omission in contrast with the custody and care obligations recognizable by the parent towards the children and capable of causing a situation of even potential danger for the minor; with precise reference to the objective element, therefore, the crime is not only configurable in the event of removal, even temporary, of the parent from the home that has not been secured, but even when the parent remains in the home causing the child under-fourteen to lack adequate assistance. Since the crime of abandonment is a crime of danger, placed to protect the ethical and social good of the safety of the person, it is not necessary that the harmful event actually takes place, as the failure to protect the guaranteed property by the owner is sanctioned. the legal obligation of protection.

the event of danger to the safety of a minor can be excluded only if, whoever has the custody obligation, watches over his current or potential behavior, and takes care of his needs, in order to prevent the danger according to his ability in relation to time and place. Custody therefore implies different methods of exercise and can only be delegated to an adult and capable custodian (Cass. N. 9276/2009).

The law establishes the penalty from six months to five years of imprisonment for anyone who abandons:

Who are the subjects obliged to take care of and custody of the minor?

The obligation to take care of minors (or incapable subjects) can derive both from the law (think of the parents, the guardian, the teachers), as well as from a contract (for example the babysitter, the lifeguard). For example, the driver of a school bus who left a pupil on the ground to return home on foot, having to travel a stretch of road that is predictably dangerous in terms of fast flow, outside the city center, was sentenced for the crime of abandonment of minors. in a context of pouring rain.

Likewise, the holder of a school boarding school where the minor, instead of going to class, went to play in a landfill near the school was held responsible for the crime of abandonment, resulting in injuries due to unloading material from a truck.

To conclude, despite the fact that the minor already around the age of twelve reaches the formal cognitive operational stage, which allows him to evaluate for himself any risks connected to his actions, for the legal system the crime of abandonment does not exist only when the under-fourteen-year-old minor is left alone in the house does not find itself in situations of danger, not even potential, for its safety. At the age of 14, when a boy can be left alone, parents must not let their guard down because they must always consider the possibility of leaving a child alone for too long. In fact, not everyone has the maturity sufficient to organize the study and there are not a few who take advantage of it to stay away from home for a long time, or to wander for hours on the net. The ideal would be to make sure that a little boy feels followed anyway: just, for example, ask his grandmother to drop by every now and then, or, again, organize himself with the parents of other children with the same problem. In short, it's not about making a kid feel controlled, but about supervise with discretion, with an educational purpose, to progressively lead him on the path of security and definitive independence.

Is it possible not to gain weight during pregnancy? ❯

add a comment of Is it legitimate to leave minor children at home? Our lawyer answers