Kangaroo mom method for premature babies: what it is and what are the benefits 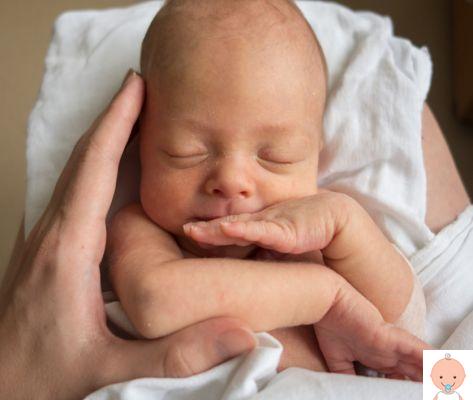 The "Mother Kangaroo method", also known by its acronym, MMC, or more simply as "Marsupiotherapy”Is a neonatal technique that is based on the idea that the skin-to-skin contact between mother and infant can promote the well-being of the latter and also improve the conditions of physical fragility typical of children born premature or underweight. Let's see where this technique comes from, what are the benefits and how it is practiced effectively.

Where the mother kangaroo method was born

The intuition that close contact with the mother's skin could help children born in conditions of great fragility was of Edgar Rey Sanabria, Director of the Department of Neonatal Medicine of the Maternal and Infant Institute of the Colombia in the seventies. In those years, the incidence of premature births was quite high, as was the neonatal mortality rate, and there were not enough incubators available.

Read also: How are the first few weeks with the newborn?

Edgar Rey Sanabria basically tries to solve a serious problem with the few but simple means at his disposal: he begins to think that all a newborn baby needs is the warm and welcoming body of his mother.


Thus the mom's body turns into a kind of incubator natural that creates a protective barrier between the newborn and the world and helps him in his postpartum development in difficult conditions.

After the first experiments, the doctor realized that the recovery rate of the newborns was surprising.

Since the seventies the kangaroo mother method has spread all over the world and has entered the daily clinical practice of many birth centers, including those of the village.

How does kangaroo therapy work?

Where the health conditions of the mother and baby allow it, the baby is placed completely nudo, on the mother's chest, in an upright position to allow him to breathe easily. The baby is then covered on the back with a soft and warm blanket.

Often the technique also includes the aid of alycra elastic band of cotton which, wrapped both around the mother and the child, facilitates the adult in carrying out any action without endangering the health of the newborn. The role of mother-kangaroo is not always performed by the mother of the child, even the Pope can take part in the baby carrier, alternating with the mother to let her rest, but also to immediately establish a direct relationship with the child.

Read also: The story of a difficult premature birth

What are the benefits of the kangaroo mom method

In the last forty years, since the pouch therapy has spread all over the world, the benefits of this method for premature or underweight babies. A list of the proven benefits of the mother kangaroo method:

There are also many benefits for the new mother who can often feel inadequate, bewildered and frightened after a difficult birth and the birth of an underweight or premature baby: the baby carrier helps the mother to immediately build a strong bond, even physical with the newborn, to maintain a contact close with him, like what was there during pregnancy, instills confidence and strengthens self-esteem, because from the very first moments the new mother feels she can be useful to her baby.

The benefits of pouch therapy were recently demonstrated by a large study published in the prestigious journal Pediatrics and conducted on 264 participants who were born premature or underweight in Colombia and who were assigned to either the mother kangaroo technique or the incubator.

After 18-20 years, those who had been treated with the kangaroo mom method had greater brain and cognitive development, less aggression and hyperactivity, greater psychological well-being and emotional stability.

In practice, the researchers explain, the kangaroo mom method would have significant and long-lasting effects on behavior and social development even twenty years after birth.

Clearly, the kangaroo mother method alone is not enough to save the life of a premature baby, and must always be considered only one complementary therapy to the medical ones necessary for a correct development of the newborn, however in developing countries where the incidence of very premature births is higher than in the rest of the world and where incubators are not always available, kangaroo therapy can be an easy method , at no cost and natural to reduce neonatal mortality.

Montessori method, how to educate children for independence ❯

add a comment of Kangaroo mom method for premature babies: what it is and what are the benefits