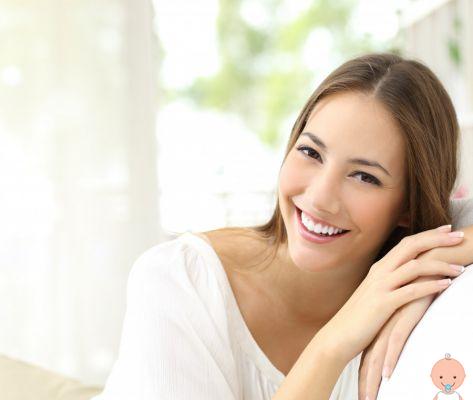 Kegel exercises are an excellent support for women who train hidden but very important tissues: the pelvic floor muscles. The pelvic floor is an incredible ally before and after childbirth, but also an irreplaceable aid in preventing or relieving urinary incontinence, which many women may experience at some point in their life. Like the perineum, the pelvic floor is a fundamental part of the body to know: in this, Kegel exercises are valid companions. Here's what they are, how they are made and what they are for.

Kegel exercises what are they

Let's start with the creator of this type of training: Arnold Kegel conceived, in 1948, his research on the pelvic floor and its importance. This American gynecologist has forever changed the way women look at their reproductive system, opening up new scenarios on the importance of training the muscles that support the pelvic floor.

According to Intimina research supported by the work of expert gynecologists, sexologists and coaches, only 30% of women really know (and can do!) Kegel exercises. To give a definition, the expert Manuela Farris has defined the Kegel exercises as the contraction e relaxation of the pelvic floor muscles. They are useful not only in pregnancy or for other problems related to the pelvic floor, but also for urinary incontinence.

What is the pelvic floor?

It is also called pelvic diaphragm and is composed of several muscles including the levator ani and the pubococcygeus muscle which are linked together by a membrane. Of the two, the most important is the pubococcygeus muscle, which is hammock-like in shape and extends from the pubic bone to the coccyx. The pelvic floor muscles surround the urethra, vagina and rectum along with the sphincter muscles.

Not only in the presence of pathologies but also in pregnancy, training the pelvic floor with Kegel exercises becomes important, a way to take care of yourself and prepare for birth. Biosgna consider these exercises as a kind of perineal training or re-education (also called pelvis-perineal gymnastics).

Among the most used and easy to do exercises are:

Kegel exercises during pregnancy help in the moments of childbirth, keep the muscles directly involved in training and limit, if done correctly, the onset of problems such as urinary incontinence and hemorrhoids that can occur around the fifth month of pregnancy.

Read also: Puerperium: what it is, duration and physical and hormonal changes

Kegel exercises how to do them

Kegel exercises can be performed at any time of the day, excluding the more complex ones that involve specific positions (such as squatting, for example). In general, since these are simple moments of contraction and relaxation of the pelvic floor walls, they can be carried out even while sitting at the desk in the office: the technique, the experts suggest, is refined by imagining having to hold a very small ball thanks to the pelvic floor muscles, contracting as if that ball were to lift. Repeating these movements several times makes them natural, almost like brushing your teeth! The more these types of exercises are repeated, the more the long-term benefits (such as the ability to hold urine in cases of urinary incontinence) are visible and perceptible.

According to the Istituto Auxologico el paeseno, although there are no official statistics on women suffering from urinary incontinence, there are at least 2,5 million people in the country alone. At least 50% of elderly people are affected and in particular women are the intended victims, at any age: 20% of cases are represented by women under 30 and 40% by those between 30 and 50 years old.

Among the causes of urinary incontinence, again according to the Istituto Auxologico el paeseno, there are:

Among the most useful Kegel exercises against urinary incontinence, once again there are very easy movements to do at any time of the day. To facilitate everything, it is good to empty the bladder first and then proceed with the contracture of the pelvic floor muscles for at least 5/10 seconds in a row, with the same muscular movement that is done when you want to hold urine.

Kegel exercises for the pelvic floor

Everyone can perform Kegel exercises in an easy and intuitive way, simply by implementing muscle contraction and relaxation movements. But it is not always an intuitive thing: for this reason there are real weights on the market that help to carry on these movements in a mechanical way, weighted spheres which are used to strengthen and train the pelvic floor.

Constant exercise (should be repeated at least 3 times a day to test the benefits!) Favors the benefits both for pregnant women and for those suffering from post-partum disorders such as urinary incontinence.

add a comment of Kegel exercises, allies of the pelvic floor