Knowing the sex of the baby, scientific research that helps predict it 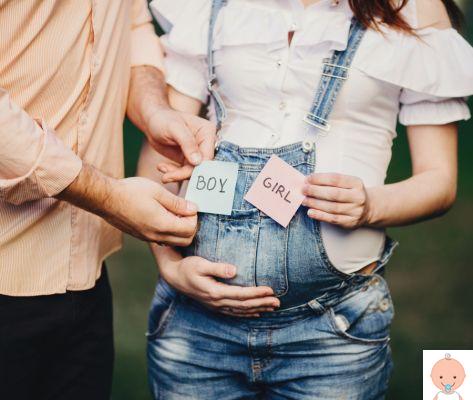 How to know the sex of the baby in advance? The million dollar question that so many curious parents have asked themselves when discovering a new pregnancy does not stop opening up new scenarios. Of course, we already know how to understand the sex of the baby from the ultrasound and also how to organize a party of gender reveal to reveal it to relatives and friends during a dedicated party, but if the answer were right in front of us and we could find the answer to the question "But is it male or female?" even before the morphological ultrasound, the most reliable in this sense? It is not a coincidence that many scientific research aim to find the answer on the sex of the child looking at the past, for example at the family tree of the parents and in particular of the father. Actually talk about birth and sex of children it also implies an in-depth study of social, political and economic issues that go beyond the borders of families to become a hot topic of current affairs.

Knowing the sex of the child, scientific research digging into the family tree

The most reliable research on the importance of paternal genes in defining a baby's sex has been published in Science Daily and reports the work of scientists at Newcastle University grappling with this starting point. According to their studies of hundreds of family trees up to 1600, paternal genes play a role in defining the sex of the unborn child. Men would inherit the tendency to have sons or daughters from their parents, in an indissoluble chain linked to genetic and parental factors. The study shows that an expectant father with male siblings has a better chance of having a child of the same sex (and equally, with a predominance of sisters).

Read also: Machio or female. Curiosities and ways to find out

The research would reveal why some families would tend to have more boys or girls, as if nature were following a pattern. The analysis of the generations subsequent to those highlighted pointed out that the sex ratio, at this juncture, followed only the family on the paternal side, generating more males, a phenomenon not highlighted in the female counterpart.

What is the sex ratio and what science says

It is important to understand that, on a global level, the birth of girls and boys has a great impact on social, political and economic issues. In short, knowing the sex of the child is no longer just a family matter in this sense, a curiosity to be satisfied as soon as possible: as Human Rights Watch reports, taking up a report from the World Health Organizations, in this general framework the value to be identified is the sex ratio, that is the number of boys compared to the number of girls born each year. The balance would be in the middle: every 100 males would have to be born 100 females, and so on. Instead, the current sex ratio is 105: 100, a value to which many sociologists also attribute some effects related to gender disparity and possibilities that women often encounter when they become adults.

For some doctors, the variation of this sex ratio does not have a genetic component, but often a social one. In short, it cannot be predicted in any way. Genetics and common sense tell us that the odds are 50-50 and that many of the techniques for determining the sex of the baby are not effective. Before scientific and technological advancement, people looked to various natural phenomena as predictors of the sex of the child. In other cases, even some pregnancy disorders such as hyperemesis gravidarum act as a signal to understand whether a boy or a girl is growing in the belly (and, specifically, studies show that those suffering from this pathology tend to expect girls). Mental states of euphoria, sadness, excessive hunger such as that which can trigger during the first trimester of pregnancy become a starting point for discovering the sex of the baby in advance. But although science has made great strides in this regard, it is once again nature that holds the great power to give life, coordinating every aspect, even that related to gender.

add a comment of Knowing the sex of the baby, scientific research that helps predict it