Labor: what oxytocin does for us and how to stimulate its production 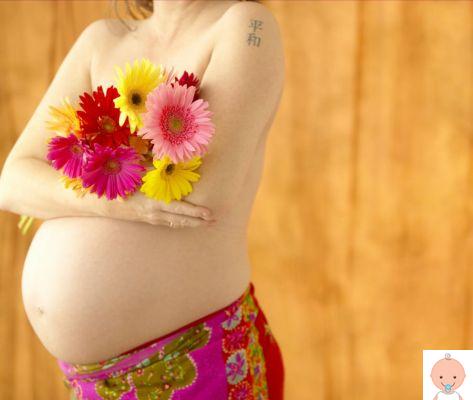 The centers of our organism that control essential behaviors, such as giving birth or surviving, are found in the hypothalamic regions of the brain, in the "archaic brain". Normally the situations that trigger the survival reaction, or rather of "attack and flight", they are different from those that push us to reproduce. During labor these two areas come together: during labor the woman is very vulnerable to "attacks" and the success of the event will depend on her ability to be protected from potentially life threatening situations.

These processes are governed by many hormones but the ones that play the main role are 3: oxytocin, endorphins and adrenaline. Oxytocin regulates the progress of labor, endorphins protect the mother from excessive pain, adrenaline negatively affects the two previous hormones. Oxytocin is often referred to as "the love hormone" because it regulates the main aspects of the reproductive behavior of both women and men. It is also called a "shy hormone" because its production is easily influenced by external conditioning. Stimulation of certain areas involved in reproduction, such as the vagina, clitoris, cervix and nipples, lead to a release of oxytocin.


Pregnancy, what is labor?

- loxytocin produced with orgasm reduces anxiety and depression
- affects the temperature of the skin, especially the area of ​​the breast which becomes warmer
- that produced during pregnancy keeps the cervix tightly closed for the first two trimesters and causes the contractions of Braxton Hicks which serve to keep the uterus toned and promote a good flow of blood into the placenta
- favors the contraction of the uterus during labor, these compress the baby against the cervix, which stimulates further production of oxytocin
- the distension of the vagina and pelvic floor during the descent of the baby again increases the production of oxytocin, which stimulates the uterus to contract. A closed circle of reflex actions is created and an important safety mechanism that guarantees the birth of the child even without any maternal effort
- when the baby's head is crowned, the stretching of the perineal tissues stimulates another spike of oxytocin which will lead to the initial detachment of the placenta and to prepare the colostrum in the breasts and the subsequent ejection of milk
- oxytocin released during breastfeeding induces maternal and nutritional behaviors and causes strong contractions in the uterus in order to help it return to a pre-pregnancy condition and decrease post-partum losses

Direct factors
- fear or anxiety (caused by external factors such as being moved during labor such as going to hospital, unpleasant smells, strangers, noise, distractions, bright lights, feeling exposed, etc; or by internal factors such as concerns about the baby's health , or for lacerations, fear of pain, etc.)
- anesthetic injections (epidural, local anesthesia) which inhibit the nerves at the receptor sites necessary for the Ferguson reflex (stretching the cervix sends a painful message to the brain which responds by producing oxytocin)
- the induction or acceleration of childbirth that saturates the natural receptors with synthetic oxytocin, making them less sensitive to the oxytocin produced by the body
- episiotomy reduces stretching of the perineum by removing a key factor in the release of oxytocin
- the separation of the child from the mother immediately after birth, causing non-stimulation of the nipple

Indirect factors
- thoughts and attitudes that can cause embarrassment (many people walking around the delivery room, little respect for confidentiality, little empathic attitudes, etc.)
- memories, perhaps of past sexual abuse, which may remain unconscious (creating inexplicable discomfort) or conscious and arousing fear
- embarrassment or anger

Inhibition of oxytocin production:
- leads to a slowdown in labor
- the contractions become less frequent and in turn cause a slow dilation of the cervix
- the expulsive period gets longer due to the little or no desire to push
- there is an increased risk of postpartum bleeding
- there may be problems with breastfeeding due to an altered milk ejection reflex

In summary, the production of oxytocin is increased by the stimulation of certain parts of the body (nipples, uterus, vagina, cervix), by skin-to-skin contact, by proximity and gaze, maintaining a safe and private environment, by everything that helps the woman to relax and unwind (massages and pampering, hot shower or bath, quiet music, soft lighting, etc.).
Useful may be the oxytocin massage to increase the production of oxytocin. It is often used when there are difficulties with breastfeeding. The woman should sit and rest her elbows on a table or sofa and her head relaxed. The massage is done with the fingertips of the two thumbs that trace outward circles on the two sides of the spine, from the bottom up. The forward reclining position favors the flow of milk from the deep part of the breast towards the nipple.

Sources:
"The midwife and the art of childbirth support" A. Robertson,
"Gynecology and Obstetrics" Pescetto et all.,
"Breastfeeding - A gesture of love" T. Catanzani and P. Negri

add a comment of Labor: what oxytocin does for us and how to stimulate its production