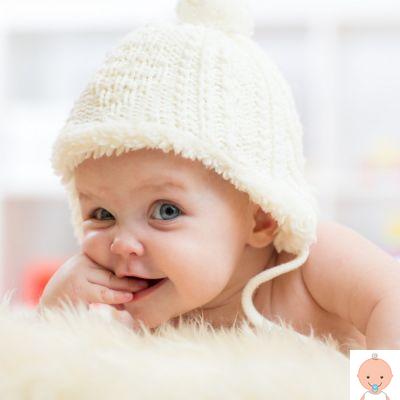 Lidia is a female name of ancient origins and with a vintage and very classic charm. In this guide we discover the origin, characteristics and spread of Lidia name for baby girl.

What is the origin of the name Lidia?

The name Lidia derives fromancient Greek name Λυδία (Lydia), which means "inhabitant of Lydia" that is a region of Asia Minor, on the shores of the Aegean Sea.

What is the meaning of the name Lidia?

The meaning of the name Lidia, therefore it is was originally "inhabitant of the Lydian region ", but it could also refer to the region itself.

Originally the accent was on the second i, then with the transition to Latin it moved to the first.

What is the spread of the name Lidia?

The name yes diffuse already in pre-Christian times and was popular especially among freedmen and slaves. In ancient times, the Epigrams of Martial and the works of Horace where the liberte or the ether (courtesans in ancient Greece) were called so.

In the last century the name has also spread throughout the country, especially in the northern and central regions. Its popularity has been fairly constant for decades: according to i ISTAT data relative to the most common names, in 1999 141 newborn girls were called Lidia, while in 2022 there were 138.

When is the name day Lydia?

Lidia celebrates the name day on 20st May when it comes holy lydia, the woman of Thyatira mentioned in the New Testament. An alternative is to celebrate the 26 or 27 March, to remember Saint Lydia, martyr in Illyria under Hadrian together with her husband Fileto and children.

The nicknames for Lidia

The variants are diminutives for the name Lidia they can be:

What are the characteristics of Lydia's character?

Lidia enjoys life to the fullest, she likes to take care of her family and is gifted with a great sense humor: always finds the right words to lighten the atmosphere. AND' sociable, spontaneous, brilliant, communicative, she has no difficulty in being appreciated by those around her.

It's a real one fighter and does not tolerate setbacks, therefore fully invests in his work. Lidia badly tolerates failure and consequently presses on herself to be successful: she is a lot needy first of all with herself, but also towards others and her family. You often use your critical thinking skills to solve a problem and avoid arguments.

Lidia is introverted only in appearance: in reality when she opens up to others she is sociable and very communicative. AND' selective and never superficial, active and enterprising, does he feel the need to assert himself. She knows how to take responsibility and show courage if necessary.

It's a lot susceptible and her mood is changing: she goes through phases of extroversion where, enthusiastic and communicative, she seeks contact with others, and phases of introversion where, darker, internalized and worried, she folds in on herself and seeks solitude. Pushed by a big one curiosity, has multiple interests, especially for everything that is out of the ordinary.

What profession will Lidia make? Thanks to his curiosity and resourcefulness he will be able to do many things. You will appreciate professions related to trade, tourism, teaching and languages. But she can also be rewarded by professions in the field of communication.

What zodiac sign is associated with the name Lydia?

Lydia's character is similar to that of the natives of the Virgin. It invests a lot energia in her work and is methodical, her practical sense allows her to solve problems quickly. Lidia combines extroversion and introversion, she likes to spend time with her loved ones, she is modest and she doesn't like to brag about what she has accomplished. It's a perfectionist and he wants things to be done right and takes care of them personally.

What is Lydia's precious stone?

Lydia's precious stone is it sapphire, symbol of purity, fidelity, happiness and creativity.

Which color is associated with Lidia?

Lidia is associated with the yellow, a color that evokes his joie de vivre, his intelligence and his more passionate and energetic side, but also underlines his aversion to lies and the importance he attaches to friendship.

What is Lidia's lucky number?

Lidia's lucky number is1: symbol of the beginning and the ability to initiate new projects and challenges.

What song should you dedicate to Lidia?

Linea alba: what it is and why it appears ❯

add a comment of Lidia name for girl: meaning and diffusion