Little brother yes or no? Moms and experts think so 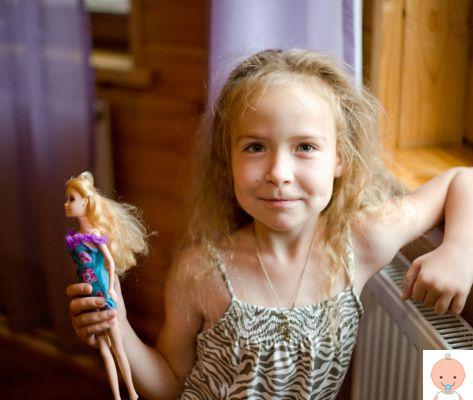 Little brother yes or no?

One of the most evident social phenomena of the last century is certainly the transition from the extended family, with a patriarchal structure, to the nuclear family. The number of children per family has increased considerably reduced and today more and more couples decide to have only one child, with the intention of being able to devote more attention to him and to be able to better provide for all his needs.


In reality, it is not possible to have an objective and absolute point of view regarding minors or greater advantages of being an only child or not, for two reasons: first of all, those who live the condition of only children they can't know what it means having brothers, just as those who have them cannot fully understand how it feels to be an only child.
Secondly, both of these conditions have their pros and cons, depending on the age of reference.

Read also: Better an only child?

We report the opinions of some "Pianetine" of the forum of and the thought of the experts on the subject.

I come from a family with 3 children ..
I would have wanted so much to be an only child .. not for the attention of the parents .. when you grow up then .. you don't need it anymore .. But having my living space .. no hassle .. no quarrel .. space at home ..
Regarding the "complicity" with the brothers? .. very often the opposite is true ...
And then ... let's think about tomorrow .. already arguing now .. about the nonsense at home? .. Then it will be the heritage, each family will think of their own .. I know my brothers .. especially my brother and that's it ..
I am too ... and I fear that moment ..

I have an older sister and a younger brother and I can be proud and happy of this! obviously sometimes it happens to argue but however it goes from that discussion you always learn a lot ... probably sometimes it happens to have less attention, from the parents, than the other two brothers but this helps not to become egocentric and spoiled ... moreover the brothers can often prove useful in scholastic matters, sentimental and nn rarely take the shape of your best friend ... I think that if I hadn't had brothers I would have almost felt alone. this is why I appeal to all families by saying not to leave their child, if possible, without a brother or sister ... it would be like depriving them of support, perhaps the only support, sincere and loyal that they could to have.

How does life change with a second child?

those who say they get along, wait to become an adult, and to confront other members of the family who are not brothers or sisters and wait for something to be shared on the table ... then wars begin ...) However, I always grew up as if I were an only child, because being the only male I was able to share very little with my sisters from a confidential point of view. in short, I have never been able to confide in them as I would have liked to do with a brother! while instead, between them there has always been a certain feeling. And then, with the times that run ... let's talk about when they will be big? what do you make him do? if you have one you can still guarantee him / her some sustenance, but what if you have two or three? how do you do?

Does a single child grow up spoiled? bullshit !!!

sometimes it is done only for the satisfaction of the parents!

now that I am Matteo's father I am really loooong indecisive, in fact I am 95% no and 5% yes.

from what world and world, there are many more brothers who quarrel and scorn each other, than those who really get along in love and harmony!

What's life like with a second child? We asked some mothers on the forum. Here are some stories:

Hello, I have 2 girls and I can tell you that on a practical level you start all over again in the true sense of the word, of course you have more experience, but anyway a small child takes a lot of effort and the relationship with the firstborn suffers!
Mary has matured a lot since her sister was born, I see her grown a lot, she is more independent!
Every now and then there is some little jealousy, after all they are children, but in the end she loves her sister very much and she has understood that if I spend a lot of time with her sister I do it because she is small and she needs me for everything!
Of course you have to be very careful to try not to create jealousies (for example if I kiss Sara I also kiss Mary, if I buy some stolen goods from Sara I will also buy some stolen goods for Mary ...), and above all to make it clear to the eldest child that the arrival of another child will not take away the affection of his parents, but in the end even 4 can find a balance !!


or another mother tells us: "Hi, I too when Nicoletta was almost three years old, I was looking for a new pregnancy. My partner wanted him too ... only he wanted a boy, and he stayed a while bad, that Alessandra, was not the boy much desired. But he did not make a problem. There is jealousy in children and unfortunately Nicoletta has suffered a lot. This is because of everything Alessandra has been through since she was born, and in any case she made you understand it in every way. Nicoletta is still quite jealous of her sister, but she is also jealous of her things, of her friends ... or maybe she just does that, because now she behaves more like a young lady , on the other hand Ale is still a child. With Marco, Nicoletta behaves like a mother, after all I did the same with my younger sister (10 years younger) and therefore I think it is normal. Alessandra since Marco was born, has made a few whims, at school he was called back, he forgot things ... but it was x a period. But now I think of him too, when she is the age of her sisters, isn't it that she will be too alone? Xchè then the two of them, having another age, maybe they will have their own life. And Marco, having no brothers of his age, won't he be too lonely? Hey, look, I don't think about another stork .... "

Undecided whether to have the second child?

"Undecided whether to have the second child? What if I regret it?" There are many planets that ask themselves this question on our forum. It seems that the favorite warning from those who have more children to those who have only one, is to repeat the experience under pain of atrocious repentance. Our forum users discuss it, what do you think? Here is a testimony:

But is it possible that all mothers and even fathers who have at least 2 children feel entitled to tell me that I have to have at least one more child ??? you will regret it if you leave him alone you will not want to leave him alone but come on, you made one, immediately do the second ... it is possible that they should look at you like an alien just because you say that you will not have another child! cabbage, I do not want it, sorry but I'm okay !!!! so I have to say: let's see, if he arrives ... he will not be a psychologically maladjusted just because he will not have a younger brother, I will not leave him alone ... you can establish social relationships, have friends, and in any case it is only the only child be a poor wretch! sorry for the outburst but I just can't take it anymore

This was the outburst of our angry user and here are the answers of the others, then we would also like to know your opinion on it:

How to tell if you are ready for a second child?

If we wait to "feel ready", or carefully analyze all the pros and cons of have a second child, we probably never will. Deciding to set up another child always requires a pinch of ruthlessness. Yet sometimes there are signs that suddenly give us the input we've been waiting for. Here's what Laura Losito, a mother of the editorial team, thinks about it.

Only child, the psychologist's opinion

But what does the psychologist think? Little brother yes or no? Is it better to have only one child or to expand the family?
Cold and wind: we are in the days of the blackbird! ❯

add a comment of Little brother yes or no? Moms and experts think so