Losses after birth and foreman 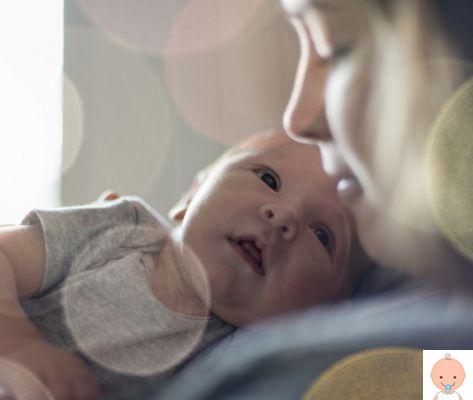 After giving birth and for quite a long period of time, there are some blood loss. Let's try to understand together what they are and what characteristics they have during the whole phase of the puerperium.

Postpartum losses are symptoms of what?

Normally they are symptom of the good functioning of our body. That is, they tell us that the body has understood that the pregnancy has ended and is taking all the necessary actions to restore the pre-pregnancy condition. And these actions are: contraction and "shrinking" of the uterus to its pre-pregnancy volume; closing of the vessels that connected the placenta to the uterus and cleaning of the uterine cavity so that the normal cycle of fertility can start again.

The detachment of the placenta, the cleaning of the uterine muscles after childbirth and the need for the uterus to contract causes rather abundant blood loss that gradually decreases and changes in characteristics such as color, intensity and frequency. Specifically, after childbirth, the amount of losses will be very abundant, to be clear about a full sleeping pad (the bulky ones). Then in a period of about 40 days post partum they will reduce to pink spots on the panty liner.

I am often asked by women who will give birth by caesarean section and they too will have postpartum blood loss. Yes, absolutely, even if the birth takes place via the abdominal route (therefore with the caesarean section), the placenta is still detached and the uterus must be "cleaned". There may be a slight difference in terms of the amount of losses and duration over time, this is because the blood comes not only from the uterine cavity but also from the cervix and vaginal canal which during a natural birth have suffered various traumas while in childbirth. cesarean are not touched. So let's say that with spontaneous birth the tissues that need to be repaired are more and therefore it may be that the losses are more abundant and longer lasting compared to the caesarean section but they will also be present in the second case.

Scientifically speaking, all postpartum losses are called lochiazioni. I emphasize all of them because the characteristics of the lochings change over time both in quantity and in characteristics. At the beginning, immediately after childbirth, there will be the classic menstruation-like blood loss, therefore bright red, very abundant. As the days pass, they will decrease in intensity and the color will change from bright red to brownish, like the last days of menstruation, and then they will become yellowish and whitish until they disappear completely. So the non-red / brownish losses that occur after childbirth are also called lochiations.

On average the lootations last about 40 days from the moment of delivery. However, even in this case, as in many others in obstetrics, there is a rather high individual variability.

The variability of the duration depends on many factors: the ease of the uterus to close the vessels that previously connected it with the placenta, the amount of blood lost during birth, the type of birth (not only caesarean or spontaneous, but also if for example a suction cup was used or if the delivery was very fast / very slow).

The end of the lootations coincides with the absolute disappearance of the losses, therefore not only of blood losses but also of the yellowish and white ones which are the normal evolution of blood losses. It has a major influence on the duration and quantity of lochiations breastfeeding. This is because thanks to the action of oxytocin, the blood clot is created faster, which “plugs” the vessels between the uterus and the placenta, reducing the intensity and duration of the losses. I would like to underline that this increased speed does not mean that the losses disappear in two days, let's say that the reduction is on average 5-7 days.

Losses that last beyond forty days can be both physiological and arouse some suspicion. Physiological because the individual variability on the duration of the lochings is very important, so we can consider them physiological up to around 50 days. This, however, provided that they still follow the typical modifications, that is, they decrease in intensity and change in color. If, on the other hand, there are abundant and bright red losses beyond 40 days, it is necessary to carry out a check-up with ultrasound, because small pieces of placenta may have remained inside the uterus, or in any case pieces of the bag that contained the baby. The presence of this material inside the uterus does not allow it to contract and close the blood vessels present during pregnancy and therefore the bleeding continues. Therefore the advice is to anticipate the visit normally set at 40 days by a week / ten days, if the losses do not change the characteristics. If ultrasound shows the presence of material in the uterus, unfortunately a minor revision (or cleaning) operation of the uterine cavity will have to be carried out.

Lootations do not normally have a particular odor, they definitely do not have an unpleasant odor. So if you notice that despite a well-maintained hygiene (not excessive, otherwise it could alter the bacterial flora that protects us from infections) the lootations have a very strong and unpleasant odor, it is advisable to pay a visit to see if it may have overlapped. an infection. Especially if you also have an episiotomy (the famous cut) it is important that after a couple of hours you change the tampon, and do a hygiene even with water only.

When the losses are reduced, you can spend up to four hours, but always maintaining hygiene at each sanitary change. This will prevent bacteria from proliferating in the moisture that is kept between the skin and the pad and thus avoid overlapping infections. There is only one case in which foul-smelling losses can still be considered physiological, or if by chance a clot (or a piece of something that was left in the uterus) is expelled after some time. Being a piece of old blood it may have a rather strong odor, but the day after expulsion the leaks will return to not having particularly strong odors.

Head of ward and breastfeeding

The word foreman and the word lochiazioni are not synonymous. Lootations are losses after childbirth while the foreman is the first menstrual cycle after childbirth. So we can say that once the lochings are finished, it can take some time before the head of the ward arrives. The arrival of the latter indicates the resumption of menstrual cyclicality and therefore of fertility. But what relationship exists between head of ward and breastfeeding? The high levels of prolactin due to exclusive breastfeeding prevent the hormones of the menstrual cycle from varying and therefore ovulation does not occur and fertility does not resume.

But be careful, breastfeeding is not a 99% effective method of contraception like all other methods, this is because in addition to breastfeeding other factors must be considered such as the age of the child, the type of breastfeeding (i.e. if exclusive and on request it is more likely that ovulation is inhibited while if it is mixed or even at times it is less). So we can say that there is a delay in the appearance of the head of the ward in women who are exclusively breastfeeding, a delay that can even reach 6-9 months after delivery.

The foreman does not arrive

What if the foreman doesn't arrive? Up to 6-9 months depending on individual characteristics we do not particularly worry. Here, too, individual variability plays an important role because hormone levels can return to the pre-pregnancy situation at different times. After 9 months, especially if breastfeeding is not breastfeeding or it is no longer done on request and exclusively, if the head of the ward does not appear, a gynecological check-up is recommended. You will simply go to evaluate the situation of the uterus and ovaries with the ultrasound and eventually you will go to measure the hormones in the blood to understand if there is any abnormality. If nothing relevant is found from the visit and exams, the spontaneous arrival of the period is simply expected.

It has happened to me several times that it spontaneously recurs after one year from the birth, without there being any anomaly. Our body simply needs her time to restore it to its pre-pregnancy state.

Pink leaks: causes and when to worry ❯

add a comment of Losses after birth and foreman