Male or female? How to understand it 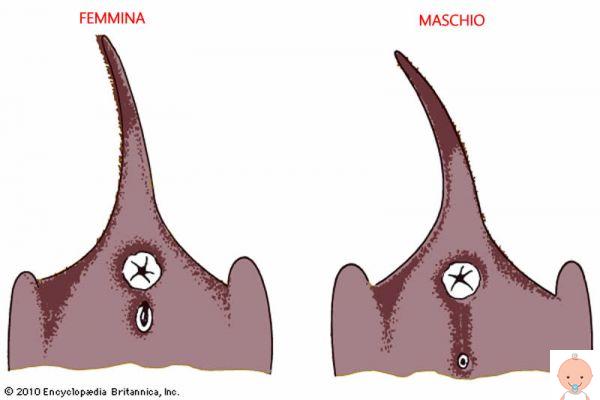 There have always been many legends about ways to understand the sex of the unborn child well in advance about the decisive ultrasound.
A pregnant woman, over the course of the nine months, is told a thousand times that "since her belly is like this, then it will be a boy" or "since her skin has become like this then it will be female .." and so on.


ALSO READ: Gender of the child: reveals itself with a party


Generally in the past they tried to scrutinize every slightest sign in the hope that the future mother expecting a boy.
For example, the well-being of the mother, her good mood, the rosy complexion combined with a smooth and luminous skin, would indicate the presence of a boy (Read), as well as hearing it move very early, the crescent moon, the coin falling on the side of the head.
Many signs concerning the probable birth of a male concern, who knows why, the right side of the body, that is the most noble, pure, important, strong-willed one; vice versa, everything related to the left side is relative to the female, whose birth over the centuries (and still today in many parts of the world) has often represented more of a disgrace than a blessing.


LOOK AT THE PICTURES: Boy or girl?

Furthermore, even before they are born, characteristics typical of one sex or another are attributed to children: as we said, if the mother is able to feel their movements (Read) very soon it will be a boy ... obviously not considering that after birth the females are often much more vital and lively than the boys. If the pregnant woman has a lot of nausea, it is said that she is expecting a child, who is already more problematic even in intrauterine life.


After these considerations, here are others that are very nice, definitely popular and we cannot say with what percentage of foundation:
- if the belly is a tip and high a boy is expected, vice versa if it is more rounded and extends to the hips, a girl is expected. It must be said, however, that this belief contradicts itself depending on the region, eg. in Emilia the pointed belly indicates a male, while in Basilicata it indicates a female.
- it is also customary to try to guess sex by drawing it from the horoscope or from observations of the moon and from astronomical calculations, or with the well-known proof of fork, that is: of the breastbone of chicken broken in competition between two contenders: male will indicate the shortest piece of bone, female the one with the "cap"
- I know skin of the mother is damaged, acneic or stained during pregnancy, probably because it is to be found in the expectation of a child
- if the mother tends to depression at moodiness during the nine months he expects a female
- if mom has more nausea expect a female

add a comment of Male or female? How to understand it