Male or female? The R's game (and other popular beliefs) to find out about sex 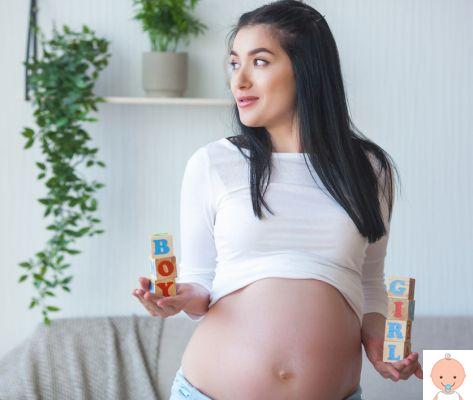 Popular beliefs for identifying a baby's gender in advance are a cornerstone of many parents, who rely on methods used in the past to find out before the ultrasound if they will be born a boy or a girl. Bellies of the most disparate shapes, influence of the moon on the date of birth, pendulums, Chinese calendar are just some of the ways, which have survived the technological and scientific advancement, to which parents ask for explanations. And, although there is no evidence to attest to their truthfulness, trying us wrong does not do it. Male or female? The game of rs it is another of the methods most loved by those who are so curious that they cannot wait for the moment, during the ultrasound, when the child decides to show sex. Obviously this is a method without any scientific basis, as well as many others borrowed from the peasant tradition or coming from the past. Often, however, the child does not grant the answer to this question even during the morphological ultrasound, perhaps one of the most reliable in the second trimester in which the organic and bone morphology of the baby is studied in depth.

So, if you just need to harness the power of the letter R, why not give it a try? Here's how it works.

Read also: The 10 myths of pregnancy

Will it be male or female? The game of r's answers the question

How is the count of the R. to find out the baby's sex? The game is very simple, no special tools or techniques are needed to do it, only a small calculation capacity. In fact, the R game requires you to count how many times the letter appears:

If the father's name is Paolo Rossi and the mother's is Linda Bruno; the child was conceived in January and will therefore be born in September, the count of Rs will return this result: 6, from the sum of the Rs present in the words February, March, April, September, the only ones in which the letter is present. And obviously from the 2 r's present in the parents' names and surnames. Therefore, the result is an even number. If the result of this counts is equal the child will be a girl; if it will be odd, a boy will be born. Fantasy? Certainly there are no scientific bases that attest to the veracity of this count, which in fact finds no confirmation except in popular tradition.

Folk beliefs for knowing the sex of the baby in advance

There are many popular beliefs for knowing the sex of the child, all coming from the oral tradition and, once again, with little scientific basis. For example, many people also do the baking soda test to find out the sex of the baby: a sort of urine test which, mixed with the same amount of bicarbonate, should yield bubbles in exchange. More bubbles would detect the presence of a boy, less bubbles and little foam that of a girl. In reality, it is not the sex of the child that determines the way bicarbonate works, but the PH of the urine, which can vary due to several factors.

Even the shape of the belly has always been an index to discover the baby's sex in advance, as well as the lunar calendar at the time of conception:

Another method used in parallel to the Chinese and lunar calendars is the Mayan calendar complete with a table that crosses the mother's age at the time of conception and the month in which the child was conceived, so as to discover the sex of the child since from the very early stages of pregnancy.

Male or female? Curiosities and ways to find out ❯

add a comment of Male or female? The R's game (and other popular beliefs) to find out about sex