Meningitis, what are the vaccines and when they should be done 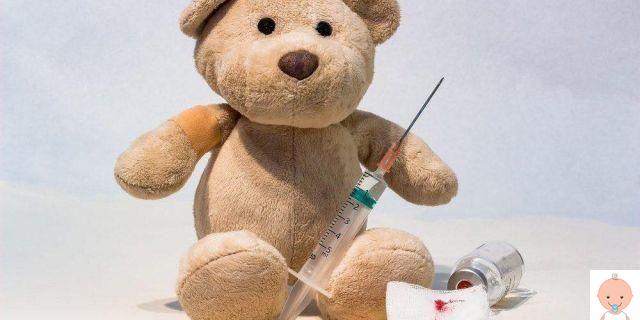 Second tappa of our journey in the world of vaccines. Specifically, we deal with those against one of the diseases more feared dai Parents: the meningitis. This pathology fa fear because it can have complications also a lot gravi and, in some almost, it can also lead to the death. E i children I am at risk di contagion. Here because get vaccinated è important.

Most aggressive and the meningococcus belonging to the serogroup C that, together with B, is the most frequent in el country and Europe.

VACCINES AGAINST MENINGITIS, WHAT THEY ARE

According to the Plan approved in 2022 on vaccinations, as regards vaccines for meningococcus B, MenC and MCV4, these are recommended vaccines for all cases and not mandatory for all newborns. They are however offered free of charge.


In the case of the type B meningococcal vaccine it is a formula that provides a wide-ranging defensive response: it consists of four components exposed on the surface of the bacterium, chosen to protect against most circulating strains of meningococcus B.

As for meningococcus C it only protects against type C. While the tetravalent conjugate vaccine (Mcv4) provides coverage against serotypes A, C, W135 and Y.

WHEN YOU GIVE THE VACCINE AGAINST MENINGITIS

Against type B meningitis, there are 4 doses: infants receive the vaccine at 3, 4, 6 months plus another dose at 13-15 months. The first dose should be administered after 15 days from the hexavalent vaccine (we talked about it HERE) and from the one against pneumococcus. The others, on the other hand, one month after the first dose of anti meningococcus B. As mentioned, the recall must be done between the 13th and 15th month.

For meningococcus C, the National Vaccine Plan provides for administration to all children between the ages of 13 and 15 months, in conjunction with the measles, pertussis and rubella (Mpr) vaccine.

The tetravalent A, C, W, Y is strongly recommended during adolescence, between 12 and 14 years. This is valid both as a first dose (ie boys who have never had coverage against meningitis), and as a booster for anti meningococcus C or ACWY done from 2 years of age.

POSSIBLE ADVERSE REACTIONS TO THE VACCINE AGAINST MENINGITIS

Like all vaccines, it can happen (but not all) that the vaccine has side effects. Among the possible adverse reactions were found soreness of the injection site and mild erythema, headache and a sense of mild discomfort. The type B meningitis vaccine very often causes fever, which is lighter in the case of anti meningococcus C.

add a comment of Meningitis, what are the vaccines and when they should be done