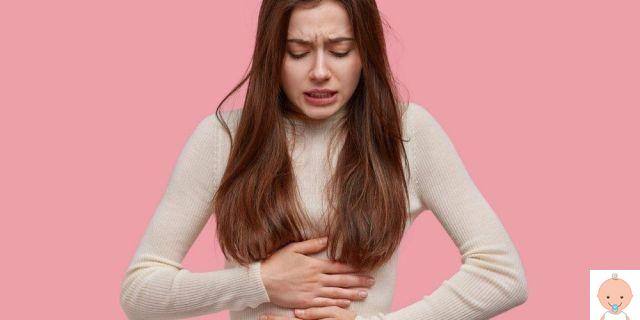 From adolescence to menopause each of us has a "monthly appointment": the one with menstruation. In some cases, first of all with pregnancy, this appointment is interrupted, but with the menstrual phase the cycle begins again, going through the follicular, ovulatory, luteal phase again and then start all over again. Let's find out together the most useful information on the menstrual period.

What is the menstrual phase

Menstruation - that is, the loss of blood caused by the breakdown of the endometrium if there has not been the fertilization of an egg and therefore the start of a pregnancy - coincides with the beginning of a new menstrual cycle. The first day of the loss in fact corresponds to the first day of the menstrual cycle. A sort of "ritual" that you get used to since adolescence (with the appearance of "menarche", the very first menstruation that usually occurs around 11-12 years, even if the age has recently dropped) and that will accompany every woman until menopause.

Menstrual cycles fall into two broad categories: regular and irregular. Which group do you belong to? To that of women who look like Swiss watches with menstruation that do not go astray by a day or that of those who are used to "surprise menstruation", without being able to keep track of the days? In the first case, when looking for a pregnancy, it becomes easier to calculate ovulation because it occurs more or less always on the same days. In the second, things could be a little more complicated, but not impossible: you just need to get to know each other a little.

How long does the menstrual phase last

The answer is subjective. The average is 5-6 days, but there are women who manage even 3-4 and others who have to fight with sanitary pads and various discomfort even for a week or more. Menstrual flow is also variable: it can be normal, scarce, abundant or very abundant depending on the case and depending on the days of the menstrual phase. On average, a woman loses between 20 and 70ml of blood with each menstruation.

Frequent disturbances of the menstrual phase

Some more or less, any woman experiences some "discomfort" during menstruation, even if there are the luckiest ones who have practically no problems. For some, it is a simple malaise that passes in a couple of days, but others are forced to stay in bed because they feel really down. In this case we speak of dysmenorrhea. There are various "stages", but sometimes it can be really disabling.

Among the most common "troubles" of the menstrual phase are headaches and kidneys, abdominal pain, nausea, nervousness, mood swings. If you suffer from dysmenorrhea, the complaints can be very severe.

What to do to feel a little better? It all depends on the degree of discomfort. If you have the opportunity to rest, it certainly doesn't hurt. There are also many types of painkillers or anti-inflammatories that the gynecologist or general practitioner can recommend to alleviate the ailments. In the most serious cases, the idea of ​​the contraceptive pill can be taken into consideration, which, by regularizing the cycle, has shown a certain efficacy in controlling symptoms. By blocking ovulation, it is a "false" period and usually lighter and less painful.

Do you have any idea of ​​how many clichés there are about menstruation? A myriad! And they have been handed down for decades. We just picked a few right to smile at us.

1- With menstruation you cannot swim in the sea or in the pool otherwise they get stuck. So should we give up? Absolutely not.

2- Sport prohibited during the menstrual phase. On the contrary: physical activity has been shown to significantly improve ailments.

3- Do not touch the plants, otherwise they die. This is perhaps one of the most "beautiful" and ancient, but it clearly has no serious foundation.

4- During menstruation you can have safe sex. Well no! Even though it is very difficult, you can get pregnant.

5- No to tampons if you are a virgin. It is an exaggeration. The tampon is unable to tear the hymen, the membrane that partially covers the vaginal opening of someone who has never had sexual intercourse.

6- No hair dye with menstruation. The consequence would be that the color does not take root, but it is not true. There are also those who argue that you shouldn't shampoo or shower or take a hot bath. How do you do?

7- Better not to shave in "those days". Not so, on the contrary. Hair grows very slowly during menstruation, so take advantage of it.

8- It is forbidden to prepare sweets, bread or pizza. The touch of a menstruating woman would prevent leavening. Do you think it possible?

Causes of the absence of menstruation

Let's start with a definition. Amenorrhea is the absence of menstruation. It is divided into primary and secondary. Primary amenorrhea occurs when the menarche (i.e. the first menstruation) does not appear by the girl's 16 years. The secondary one is the disappearance of the menstrual phase of the cycle after a period in which it occurred normally. In other words, menstruation disappears.

Let's briefly see what some of the causes of secondary amenorrhea may be:

Only the gynecologist will be able to trace with certainty the reason for the disappearance of menstruation by making a careful anamnesis. After that he will look for the most suitable solution for the individual case.

Ovulatory phase of the cycle, things to know ❯

Conception: what to do and what to avoid

add a comment of Menstrual phase of the cycle, all useful information