Montessori method, how to educate children for independence 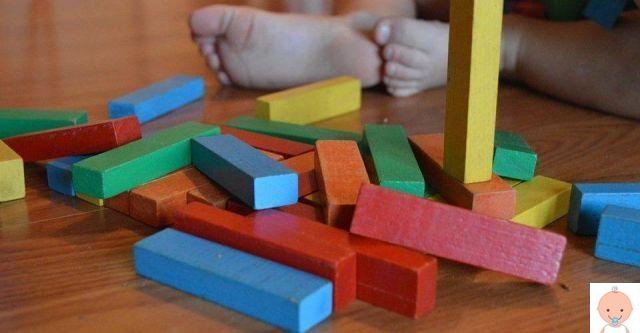 When you take the path school from our children, even starting from kindergarten nest, we often hear about different methods di teaching and several systems di • innovative business organization based on the use of technologies and digitalization of internal and external processes, as well as the active and continued promotion of the services we offer through business development, marketing and communication systems (letter "I" of our logo actually stands for "Innovation"); of the ore go to school. Among these certainly the so-called Method Montessori, the education system developed by Maria Montessori and which today has been used for about 20mila schools around the world da 0 to 18 years.

La basis of this method is theindependence freedom di choice and respect of natural development physical, psychological e social of child. Starting from this base, the Method Montessori divides the classes in bands, with groups of age mista: 0-3, 3-6, 6-12 and 12-18 years. Second Montessori this subdivision stimulates the socialization cooperation andlearning.

in schools who adopt this work, the students, even the little ones choose freely il percorso educational within the options present and work in blocks di work uninterrupted about three hours with matter didactic dedicated e developed just from Maria Montessori.

But if this concerns the school, Another piano of Method Montessori it can also develop a casa, in the home. The principle and not to serve"I children, but "help them to accomplish from only their achievements", Give more small at most great, as walk, run, eat e wash da only. For this reason the casa and especially the room of the little one must be studied because it can give alone, in total safety, make it all simple operations of every day.

Why, according to the Method Montessori, must not to prevent to a child to do something because of his age, putting in doubt its capacity but “we have to offrire to the child a environment that he is able to use da alone: a small one bench-sink, for an dresser with drawers that can open, objects commonly used it can manipulate, a little bed where it can sleep the night under a beautiful cover which can to fold e knock down without help. We need to provide you with a environment in which it can to live e play; so we'll see working all of day with its hands e expect looking forward to undress da alone e to lay down on his cot".


So in the bedroom it is useful to put a cot almost a land, like a modern Futon, even a mattress From one square or more small, which will allow the child to decide when rest o get up in total autonomy. Among others instruments is preferably used for growth even one mirror, where the little one can recognize each other it's a stick al Wall to teach you to pull yourself su.

Few furnishings, with objects simple da to grab, for the former months, and then "games di composition". Children are by nature sorted, According to Montessori, and for this reason if you organize it space with baskets o boxes where to store the objects, it will be more natural for them to put by only le what's this al post right. And finally also the possibility of turn on o switch off da only la light of his own bedroom, just like i great.

add a comment of Montessori method, how to educate children for independence