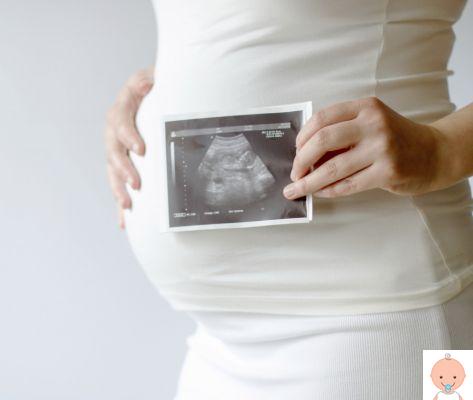 During pregnancy, the pregnant woman must undergo a series of instrumental tests aimed at understanding if everything is going well, if the fetus is growing as it should and if there are complications or fetal malformations. One of the most important, and expected, ultrasound scans that are done during the 9 months is the morphological ultrasound. It is an extremely detailed examination of the physical structure of the child which in many cases is able to diagnose any problems of the baby, in many cases, but not in all. Here's everything we need to know aboutmorphological ultrasound and malformations.

When to do the morphological ultrasound

L'morphological ultrasound (otherwise called structural) is carried out between the 19th and 21st week of gestation and serves to understand how the baby is growing, if there are any abnormalities, if the amniotic fluid is normal and if the placenta is correctly positioned. The sex of the child is often found here.

How is the morphological ultrasound performed

It is a simple ultrasound, then the operator sprinkles the baby bump with gel and with a probe examines the baby in all its anatomical figure on the monitor. In practice, the whole body of the child is observed in detail following a procedure that is clearly indicated in Guidelines of the el paesena society of obstetric and gynecological ultrasound: i.e. head, thorax, abdomen, spine, limbs. All the organs are then examined and it is discovered with almost absolute certainty what the sex of the unborn child is.

Morphological ultrasound is classified as level I ultrasound, that is a routine examination, in case problems or anomalies should emerge, the woman will be directed to a specialist center to perform a II level ultrasound, more in-depth.

If you book the morphological ultrasound in the hospital or public facilities, the exam is free and is offered by the National Health Service which has included this examination among those charged to the State. The important thing is to enter the correct exemption code in the recipe and book well in advance because the waiting lists are quite long and you risk not being able to access the free service within the time you have to do the ultrasound. Alternatively, private doctors' surgeries carry out the morphology to a cost quite high, which can even exceed one hundred euros.

What malformations can be seen with morphological ultrasound

The data reveals that one in ten children is born with one malformation, problems that only in six out of ten cases are visible with morphological ultrasound. The numbers, therefore, collide with the expectations and certainties - wrong - of future parents who believe that having a good morphological result means having excluded any type of possible malformation.

In reality this is not the case at all and Giuseppe Calì, president of the El paesena society of obstetric and gynecological ultrasound, which recalls how some malformations may not be visible on ultrasound because they are located in areas of the body that have not yet been fully formed.

Also it is good to remember that if the future mother is obese or severely overweight it may be difficult to visualize all parts of the child's body and organs well. Therefore, it is good to know that some malformations, such as dilations of the urinary tract and digestive tract, some forms of dwarfism and other defects may not be visible with the morphology.

As the experts of the Society el paesena Prenatal Diagnosis and Maternal Fetal Medicine:

It is therefore very important to inform future parents about the reliability of the examination and the real and concrete possibilities of discovering a fetal malformation.

Many think an ultrasound three-dimensional is more accurate than one two-dimensional. In reality this is not the case at all. To highlight fetal malformations or abnormalities in the growth of the fetus, two-dimensional ultrasound is the most reliable and indicated method.

Generally, the 3D ultrasound is requested by parents who thus bring home a fairly realistic photograph of the profile of their long-awaited child.

When the first level morphological ultrasound, performed in 2D, has highlighted some problem that deserves further investigation with a II viteello exam, which will be performed in a specialized center and which can be done in 3D in order to study better and in a more detailed the area where a criticality is suspected

Morphological ultrasound and Down syndrome

The most suitable test to diagnose Down syndrome with certainty is amniocentesis, a test that is offered free of charge by the National Health Service to all pregnant women over the age of 35.

It is an invasive examination which consists in taking a sample of amniotic fluid and analyzing it in order to find any chromosomal abnormalities. There morphologicalalone, she is unable to diagnose Down syndrome.

If any altered data should emerge, the operator could advise the woman to quickly undergo amniocentesis to have a definitive result.

add a comment of Morphological ultrasound and visible malformations