Morphological ultrasound: sex of the child, 3D and possible malformations 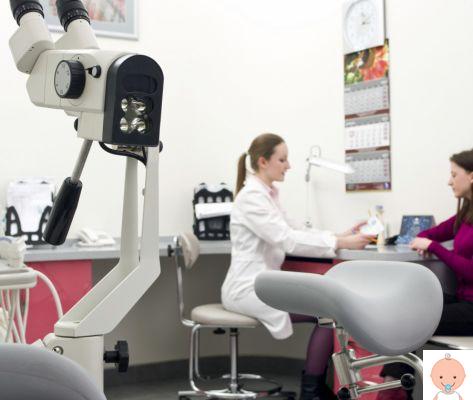 Among the various ultrasounds you can surely find and remember the appointment for morphological ultrasound. This special type of ultrasound will last a little longer than usual because it is the moment in which the detailed and precise study of all the parts of your baby's body takes place, from the head to the toes.

When to do the morphological ultrasound?

There are two different types of morphology that are carried out at two different times and in two different situations. Classical morphology is usually prescribed between the 19th and 22nd week of pregnancy therefore approximately at 4 and a half or 5 months of gestation. This is because the child and its organs have reached a sufficiently large size and maturation such that their study is useful to identify if development follows physiology or if there are some problems that need to be investigated. In addition to this type of morphology, there is another one called "early"Recently introduced. The purpose of this type of investigation is the same as the classic one, ie to check the correct development of the child. Early morphological ultrasound is done between the 15th and 16th week of pregnancy.

Read also: How to understand the sex of the baby from the ultrasound: the guide of the midwife

How much does the morphological cost?

In reality, the national health service with the correct exemption code provides the service for free with regard to classical morphological ultrasound, while for the early one, much depends on the reference structure and the reason for which it is performed. My advice is to always ask the reference structure first if they perform it and at what cost, so that you can evaluate well whether to carry out it or whether to wait for the health service. Here, a clarification on access to services with the health service, another question that I was often asked on the forum: "Do I have to book it and when?"

This is another question that I am often asked: "what are the differences and the reliability of a 2D ultrasound compared to a 3D one?" We assume that ultrasound uses ultrasound as an image detection method, and these ultrasounds captured by the probe are processed into two-dimensional images, therefore 2D. So the ultrasound is basically two-dimensional. The ability to see it in 3D is due to the reconstruction and reworking of three-dimensional images by software, which allows you to give a volume to the image and not just a section like normal 2D ultrasound. In terms of quality and ease of study in reality a lot is still related to 2D ultrasound and the different plans it can present, so it is certainly very reliable. The 3D technology it can help if, for example, you have to evaluate a mass, the volume, the size of one part compared to another, or to take beautiful souvenir photos. Both are valid, the choice is very personal and linked to the gynecologist who follows you during pregnancy.

Is it possible to diagnose Down syndrome with morphological ultrasound?

No, or rather, it is not the method of choice for the diagnosis of trisomy 21 or Down syndrome. Children with this supernumerary chromosome have characteristics that can also be detected in ultrasound such as the thickness of the nuchal fold, which is very large in those affected by this syndrome. The nuchal fold is the kind of space that is created between the skin and the brain in the area of ​​the baby's nape. Obviously, this survey alone is not enough. For confirmation it also takes a genetic test of the child such as amniocentesis. And it is for this reason that the morphological examination in which the diagnosis is made is not: in reality it is done a little earlier, with the first ultrasound or the second at most that induces suspicion and leads to prescribe a more in-depth examination.

So does morphological ultrasound diagnose malformations?

Yes, but that's not all. The aim is to make sure that the child's development takes place correctly and, in case anomalies are found, that they can be identified in adequate times to be able to plan an intervention immediately after birth. While doing this, some checks are also done biometric measurements to determine the size of the baby according to the week of pregnancy (it is not a typical feature of the morphology, but rather of the first ultrasound, but it is still performed to confirm the correct dating of the pregnancy).

Here are some parameters which are taken into consideration:

I would like to give you some examples of the most common malformations that can be highlighted with this type of ultrasound. Obviously the degree of complexity of the malformation varies from child to child and therefore the treatments and therapies that will eventually be recommended will also be different.

Going in order from head to toe you can highlight

All this is not to scare you, to instill in you a thousand doubts about additional instrumental tests to do. My aim is just to make you understand that the important tests in pregnancy are not very many, but this ultrasound is absolutely one of them. Unfortunately, there was an increase in women who were not followed up during pregnancy or followed but in late periods, after the "ideal period" in which to carry out the first checks. This is very dangerous, problems affecting the child can be ignored and with adequate assistance can be solved or at least controlled. In conclusion, therefore, rely on a midwife or gynecologist who can follow you during pregnancy, he / she will indicate and remind you which are the correct and important exams to perform, so that you can experience a peaceful and conscious pregnancy.

Morphological ultrasound to find out the sex of the baby

Also it is with this ultrasound that the sex of the child is usually determined, thanks to the study of the external genitalia that highlight the presence or absence of the penis and to the study of the abdomen which helps to visualize the testicles and ovaries, albeit with difficulty because they are still very small. In short, not only worrying things for the morphological ultrasound, also light and happy news.

What is second level ultrasound?

Where a routine ultrasound shows a doubt or a pathology, the gynecologist may request a more in-depth examination performed by a specialized operator: level II ultrasound. It is always a non-invasive examination which, however, intends to investigate the doubts that emerged from the first ultrasound.

When is the first ultrasound in pregnancy done?

The first ultrasound is usually done within the 12th week and is useful to see the heartbeat of the embryo and the gestational chamber, it is also used to diagnose a twin pregnancy and to confirm or not the number of weeks of pregnancy.

How many ultrasound scans are done during pregnancy?

The Ministry of Health fixes the number of ultrasounds that are indispensable in physiological pregnancy at 3: therefore one per trimester. The first is for dating and confirming the pregnancy; the second is the so-called morphological and the third towards the 34th week.

What is fetal echocardiography?

This is an ultrasound examination that is used to evaluate the appearance and functioning of the heart during pregnancy. It is performed around the 20th week only if a malformation of the cardiovascular system of the fetus is suspected.

What is prenatal screening?

These are all the tests that are performed during pregnancy aimed at assessing the health of the fetus. Ultrasounds, invasive tests (amniocentesis and CVS) and non-invasive tests (such as nuchal translucency, tri-test and bi-test) are used to identify chromosomal malformations or abnormalities.

Ultrasounds to be done during pregnancy month by month ❯

add a comment of Morphological ultrasound: sex of the child, 3D and possible malformations