Mother's Day in the world: traditions and dates 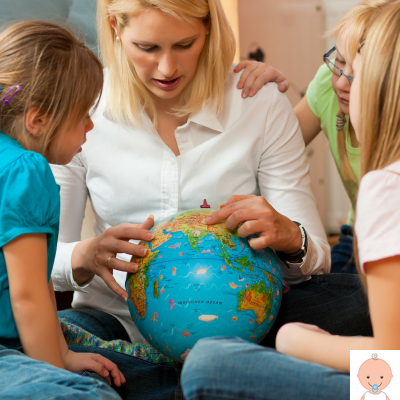 Mother's Day around the world

Mother's Day occurs every year on the second Sunday of May (for 2022 the appointment is Sunday 9 May), but this date is common only to some countries of the world: even in certain areas of the planet Mother's Day occurs in the month of March. Today we want to take a short journey to discover the traditions related to Mother's Day around the world, recalling that this anniversary is celebrated in 40 countries around the planet.

The day on which, in the town, this anniversary is celebrated is second Sunday of May. The origins are very ancient: in ancient times it was a symbol of a transition from winter cold to the warmth of spring life. But it also represented an opportunity to thank the Great Mother, female divinity venerated because she is the bearer of life.

To get to Mother's Day as we celebrate it today, however, we have to go back to the mid-fifties. In that period the mayor of Bordighera, Raul Zaccari, decided to celebrate Mother's Day at the Palazzo del Parco in Bordighera, essentially to promote the Flower and Ornamental Plant Fair. In 1958 Zaccari presented a bill to the Senate to push for the institutionalization of Mother's Day. In the beginning the fixed date was the8 May, but then the party was moved and every year it changes date always falling on the second Sunday of May.

Even in England mother's Day (Mother's Day) has ancient origins and dates back to the eighteenth century. In the beginning the holiday was called Mothering Sunday, coincided with the fourth Sunday of Lent, and it was the day when all children and young people who were away from home for study or work reasons could go home. The children then went back to their mothers for a day and used to bring flowers or small gifts.

In France the "mothers day" it was first organized in 1918 in Lyon. Only in 1929, however, the French government made this anniversary official and in 1950 a law was passed which established that Mother's Day would be celebrated every year.last Sunday of May.

In Argentina the Día de la madre is la third Sunday in October. This very different date is essentially linked to the liturgical calendar: on 11 October the Maternity of the Blessed Virgin Mary is celebrated and Argentina has therefore decided to fix the Día de la Madre, Mother's Day, to the Sunday following the 11 October, therefore the third Sunday of the month.

Mother's Day in the United States

We first hear about Mother's Day in May of 1870 when pacifist activist Julia Ward Howe proposed the establishment of the Mother's Day for Peace (Mother's Day for Peace), as a moment of reflection against war. This proposal fell into oblivion, but was revived in 1908 by Anna Jarvis who for the first time wanted to celebrate a special day dedicated to his mother, a pacifist activist. At that point, several supporters proposed to institutionalize this day nationwide to remember mothers every year. In 1914 the President of the United States Woodrow Wilson made the party official as a national holiday and since then the custom of giving pink roses to mothers has spread.

In the United States, Mother's Day was set for second Sunday of May and from there many countries - from Finland to Australia, up to Germany and the Netherlands - they have decided to adopt this anniversary too, when they give flowers, chocolates and little gifts to their mother.

Mother's Day in the Arab world

In many Arab countries, such as Egypt, the celebration "Ruz-e Madar"falls on the day of the spring equinox, the 21 March. This anniversary is not opposed in various countries of the Islamic world because it is in line with the dictates of obedience on the part of children to their parents.

add a comment of Mother's Day in the world: traditions and dates