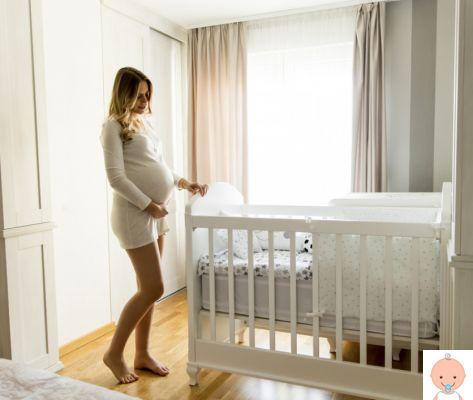 - maternity allowances they are economic supports for mothers who bring children into the world and who have not accrued sufficient contributions to be entitled to maternity social security benefits.

There are two different types of maternity allowancesà, one for precarious and working women and another for unemployed women and housewives. Let's see the two checks in detail:


In both cases, the benefit is provided by INPS. On the official website all the information on the requirements and how to submit applications.

L'state maternity allowance it is paid to mothers, native or foreigners legally residing in the country, working and precarious for all children residing in the country and born, adopted or taken into foster care in the current year. If, for some reason, the mother is not present in the family (abandonment of the child, separation, etc.), the allowance is due to the father.

The application, in plain paper, must be submitted to the local INPS office within six months from the birth of the child. The application must be accompanied by the documentation demonstrating the possession of the requisites that give the right to grant the grant, the possible presence of other economic or social security benefits for maternity, any request for the maternity allowance provided by the municipality.

Mothers are entitled to the maternity allowance of the municipalities unemployed e housewives without work for a year and a half, the townspeople and foreigners with residence permits in order who reside in the municipality that pays the allowance.

Who does not have the requirements sufficient to apply for state maternity allowances and who have no social security coverage, can request an economic contribution from the Municipality: 338,69 euros per month up to a maximum of 5 months.

The right to the allowance is subject to income limits, the size of the family and other specific conditions, considered through the Equivalent Economic Situation Indicator (Isee). There income threshold to receive the maternity allowance from the municipality varies from year to year, so it is better to contact a CAF to find out the current limit.

How to submit the application

The application must be submitted to the Municipality of residence within six months from the date of birth or you can contact the CAF. The following must be attached to the application form, available at the municipal offices:

This economic subsidy can be combined with the allowance for the family unit and with the other allowances paid by INPS and local authorities.

Maternity allowance for the unemployed

In practice, the municipality of residence recognizes unemployed women who, therefore, have not been able to pay the minimum contributions required to access the state maternity allowance, an economic contribution for the first months of maternity.

The municipality's maternity allowance for unemployed new mothers is 338,69 euros for a maximum of 5 months.

Maternity allowance after how long it arrives

- maternity allowance from the municipality they will arrive only after the municipal administrative office has checked all the requirements and documentation attached to the application. Of course, times vary greatly depending on the number of questions and the size of the municipality. I generally, however, the amount comes in around six months.

L'state maternity allowanceinstead, it is generally disbursed within 120 daysi from the request and cannot be combined with that of the Municipality, but is compatible with other forms of support.

Other aids and bonuses for mothers

The negative effects of stress in pregnancy ❯

add a comment of Municipal and state maternity allowances