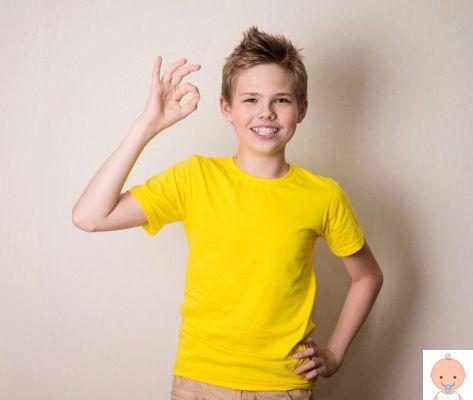 Ascanio is a male name of classical origins. He was called so, in fact, the son of Aeneas, founder of Alba, e creusa in the Aeneid and is also carried by other characters in the Iliad, such as a noble leader of Phrygia and a warrior. Let's see in this guide what the meaning of this name is and what are the character traits of the people who are called Ascanio.

Ascanio can celebrate the name day on 10 July, when the Church remembers Blessed Ascanio Nicanore Franciscano, martyr together with seven other Franciscan religious and three Maronite lay people, killed on the night of 10 July 1860 and known as the "Blessed Martyrs of Damascus".

Origins and etymology of the name Ascanio

The origin of the name Ascanio is uncertain. The Latin term Ascanius, which derives from the Greek askànios, is of uncertain etymology, someone traces it back to geographical places such as the Ascanie islands or the lake of Ascanio.

Meaning of the name Ascanio

The meaning of the name Ascanio is not clear, even if it is probably linked to some toponyms and therefore would indicate "coming from the lake of Ascanio". We know that in Virgil's Aeneid, Ascanius (also called Iulus) was the name of the son of Aeneas. The young man followed his father in the enterprise of founding Alba Longa and the gens Iulia, from which Julius Caesar would later descend.

Diffusion of the name Ascanio

More widespread in the Renaissance period, especially in families and in noble classes, the name Ascanio is not very common nowadays. According to ISTAT data, however, in recent years the popularity of this name has grown slightly: in 1999 they were called Ascanio fewer than five children across the country, while in 2022 this number had risen to 92.

Personality of a child named Ascanio

Ascanio it's a man courageous, a true warrior who is not committed with all her might to fight for what she believes in and for her family and loved ones. She does not give up easily, she embraces the cause and is tenacious and strong in the pursuit of victory. He does not like superficiality and ignorance so he constantly strives to study, improve himself, update in any field you think is interesting. He is a man who strongly appreciates i values ​​of friendship and family and is committed by all means to the happiness of his loved ones.

Ascanio loves internalize and experiences great moments of introspection, and at times it can feel a little enigmatic. He is restless and tormented and is always looking for answers to his existential anguish and to his questions. He is extremely emotional and sensitive and often reacts with humor and irony to feelings for fear of exposing themselves and being hurt.

What profession will Ascanio make? You will certainly find gratification in not very ordinary professions. Those in the field of information technology, technology, but also marketing, travel or even psychology or even astrology are perfect.

Ascanio's personality finds some correspondences in the sign of Sagittarius, especially with regard to optimism and resourcefulness and a sense of freedom, but also in Cancer, due to its extreme capacity for introspection and hypersensitivity.

Ascanio's color is Red, symbol of pure passion, of a sanguine and courageous personality.

Ascanio's amulet is the Ruby, the so-called "blood stone" that generates passion and vital momentum.

Ascanio's lucky number is 5, which symbolizes an active and outgoing personality, full of energy but always committed to achieving a sense of wholeness.

We cannot fail to mention "Let Ascanio enter", a catchphrase of recent years whose success has even prompted thousands of el paeseni to nominate January 8Ascanio Day! It all started in 2008 when someone uploaded a video of an Iranian pop song to YouTube to which subtitles were added that tried to landscape the text of the song, with a truly exceptional result.

add a comment of Name for child: Ascanio. Origins, meaning and curiosities