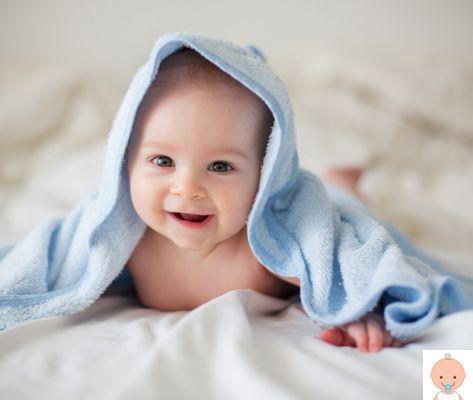 Dario is one of the classic and elegant male names that has lost some of its appeal in recent years and has become less popular. Today, therefore, we discover in this guide the origin, the meaning, the curiosities of this name for child.

The name day is celebrated on 19th December when the Church remembers Saint Darius, martyr in Nicaea.

Origins and etymology of the name Dario

The name Darius derives from the ancient Greek Δαρεῖος (Darêios), which in turn originates from the Persian name Dārayavahush, traditional name of the dynasty of the Achaemenid kings. Darius is composed of the words dâraya ("possess"), or dher ("hold", "keep"), and vahu ("good").

Meaning of the name Darius

The meaning of the name Dario can be traced back to its Persian origin, therefore "who owns the good".

Diffusion of the name Dario

Already present in the Bible, where it is told of King Darius I of Persia, who allowed the Jews to rebuild the Temple of Jerusalem, the name Darius was particularly widespread in the past centuries even if it is less popular today. In the country it found a certain fame especially in the mid-twentieth century, while in the Anglo-Saxon countries it was never very popular. According to ISTAT data relating to the most popular names in the country, 1999 children were called Dario in 773, while in 2022 there were 507.

Personality of a child named Dario

Dario is an affectionate and friendly man. He is a lot altruistic and always has a great interest in the feelings of others. Active and enthusiastic, Dario can sometimes hide some nervousness and anxiety due above all to his great sensibility. Dario attaches great importance to his feelings about him and those of others: he lives above all by following the heart rather than reason and precisely because of the great value he reserves for feelings, Dario can be easily offended and is particularly susceptible.

It is sensitive to charm and beauty, loves to seduce but above all loves to be seduced. He has a strong propensity for change and adventure, but at the same time he is constantly looking for stability and security. He is not surprising that he has a strong sense of responsibility and is very determined when the situation calls for it. He is gifted with a great moral sense, and uses his scale of values ​​to prioritize his life and follow his dreams.

Thanks to his sensitivity, Dario follows his instincts, is sentimental and relies on his feelings and impressions to make decisions.

What profession will Dario make? Since Dario is above all a man of heart, he will find greater rewards in carrying out professions that can make him feel useful for others. Perfect, therefore, are those in the medical and social fields, but also in teaching and commerce.

Just like Capricorn, Darius is a loyal and faithful friend, a serious and caring forgiver with a great sense of responsibility and integrity.

L'onyx is Dario's birthstone: it eliminates toxins and negativities from the body, increases willpower and promotes a better distribution of positive energy in the body by clarifying the mind.

Dario's color is green: symbol of freshness and youth, it conveys hope and trust.

Il 6 is Dario's lucky number: it expresses the ability to seek serenity, harmony and stability. Symbol of a goal and a point of arrival reached thanks to a continuous exchange between giving and receiving.

Dario is the title of the first song by the singer-songwriter el paeseno German, Of 2022.

Dario one day we will conquer the sea

One day we will give an ocean a name

Dario one day we will conquer the sea

One day we will give an ocean a name

add a comment of Name for child: Dario. Origins, meaning and curiosities