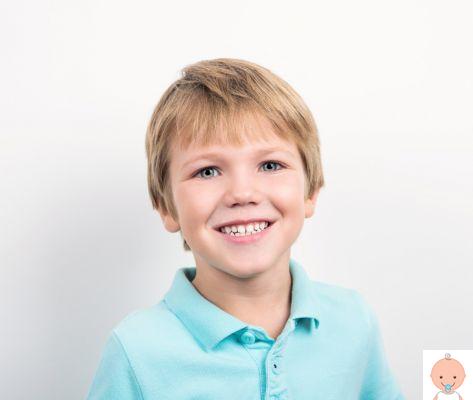 Name of biblical tradition, David, among the male names, is the one that still enjoys great popularity both in the country and in the Anglo-Saxon countries. Let's see in this guide the origin, personality and curiosities of name David for boy.

The name day is generally celebrated on December 29, when it is celebrated by King David.

Origins and etymology of the name Davide

The name David derives from the Hebrew term Dawid, which has its roots in the word Dwd, which means "loved".

Meaning of the name David

As we have seen, the meaning means "loved", "beloved", therefore it has the same meaning as names like Diletta or Erasmo or Amato.

Diffusion of the name Davide

Davide was called the second king of Israel who was the protagonist of numerous events in the Old Testament, including his victory against the giant Goliath. His popularity has always been enormous since the nineteenth century both in England and in the United States, and in the country where, according to ISTAT data, Davide was the tenth most used name in 2006.

Still according to ISTAT, its popularity has slowly decreased: in 1999 Davide 6418 newborns were called, while in 2022 the name was chosen by 3242 new parents.

Personality of a child named David

Davide is a man who always keeps his word, loves to feel busy and hates laziness and sloth. He always has a keen eye for detail, whatever he does seems to be perfect. He is sociable and has no problems integrating or relating to others. He easily adapts to any situation. He is attentive, he does not hesitate to listen and give his opinion, he is a figure present in the community and within the family.

Davide is a perfectionist, for him there is always something that can be improved in any situation. He is ambitious, he is not afraid of challenges, he is demanding even with himself, but he does not hesitate to set important goals and is committed to achieving them.

His enthusiasm, optimism and his ability to develop constructive social relationships opens many doors to him.

Davide is sociable and diplomatic, always find the right words to solve a problem. However, he can risk having unrealizable dreams, seeing things too big and coming out of them dissatisfied. However he will do everything to succeed in his goals.

He is attentive to his family and loved ones, is jealous and possessive, and tends to over-protect loved ones. He has a great sense ofhumor, he likes to laugh and make people laugh and always takes life for its bright side.

What profession will David make? Thanks to his ability to see things big, his diplomatic skills and his commitment, he will find great satisfaction in his career. policy, in the diplomatic field, or in general in all those areas that will allow him to express himself and self-value.

David's personality is certainly influenced by the sign of'Aries. Behind his tough look hides a kind man. Sociable and intelligent, he knows how to use his relationships to achieve his goals. He loves being a leader and engaging in his goals.

David's color is green, a symbol of freedom, independence and stubbornness.

David's amulet is theopal, which evokes joy, health and diplomacy.

David's lucky number is 4: the most authentic symbol of concreteness and constructiveness.

"David's song" is a song released in 2022 by the artist Robbie Williams.

add a comment of Name for child: David. Origins, meaning and curiosities