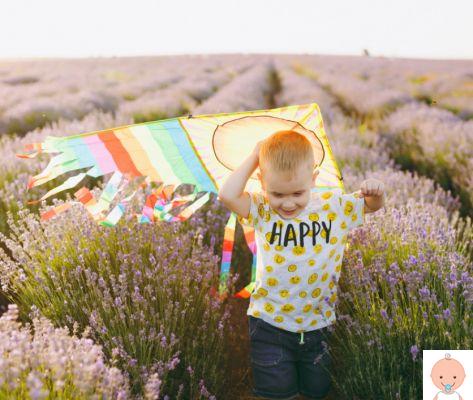 Among male names of Latin origin, Fabrizio it is more widespread in the central and northern regions than in the southern ones. We discover in this guide the origin, the meaning, the curiosities of this name for child.

There is no real San Fabrizio, therefore the name day can be celebrated on November 1st, All Saints' Day, or on the following dates:

Origins and etymology of the name Fabrizio

The name derives from the Latin noble Fabricius, typical of the gens Fabricia. From the etymological point of view it is brought back to the Latin term faber: craftsman, blacksmith. Other sources, however, hypothesize Etruscan origins with an uncertain meaning.

Meaning of the name Fabrizio

The word faber enjoyed great success thanks to the consul's aphorism Appio Claudio the Blind: "Faber est suae quisque fortunae" which means "Everyone is the architect of his own destiny".

Diffusion of the name Fabrizio

The name began to be particularly widespread in the country in the late Middle Ages and the Renaissance. Even today it is particularly appreciated especially in the North and Center, however year after year the popularity of the name Fabrizio in our country has been decreasing: according to the data ISTAT on the most used names in the country in 1999 they were called Fabrizio 720 infants, while in 2022 there were only 157.

Personality of a child named Fabrizio

Fabrizio is a man full of strength, courage and energy. He is endowed with a great magnetism, impetuous and passionate, often hiding his sweetness behind a tough mask. In fact he is often a victim of his emotions and his shyness and insecurity: only when he feels safe, Fabrizio is able to express have and true affection for others.

It's a man ambitious, highly motivated and particularly efficient: his energy and his realistic and practical approach are fundamental properties for the success of his businesses.

He is proud, proud, anxious to be able to achieve his goals, he knows how to take on his own responsibility both in the family and at work and is very attached to family affections. He has a great one intelligence which allows him to succeed in his studies and is scrupulous, a perfectionist, eager to please.

Fabrizio is looking above all for peace and harmony, is sensitive to beauty and comfort and loves details.

What profession will Fabrizio make? He will be attracted to the medical or social field, but also to the financial sector, the world of aesthetics or art.

The zodiac sign that comes closest to Fabrizio's character is that of'Aquarium: abstract personality, capable of great concentration, attention to detail and at the same time tenderness and coldness.

Il red it is Fabrizio's color, a symbol of mental and physical energy, but also of willpower and extroversion.

Fabrizio's lucky charm is the ruby: the stone of kings, symbol of vitality, energy, passion and victory.

Two is Fabrizio's lucky number, a number that recalls the dualism, the bond and the union of two elements.

We chose TheEternity, a brano of the singer Paeseno Fabrizio Moro of 2022:

A child's naive smile is eternal

My words in a glass of wine are eternal

The root of a tree that has seen history is eternal

A thought contaminated by memory

Between the cat and the mouse

A breath of wind is eternal as you close your eyes

And everything that gives you an emotion when you touch it

add a comment of Name for child: Fabrizio. Origins, meaning and curiosities