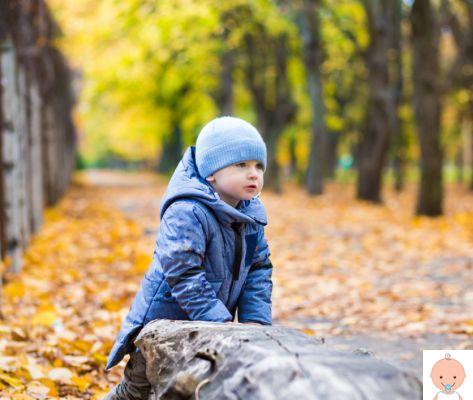 Name of biblical origin because this is the name of the archangel who announced the birth of Jesus to Mary, Gabriele among the male names it is the one that carries within itself an ancient history. We discover in this guide the origin, personality and curiosities of name Gabriel.

The name day occurs on September 29th, when the Catholic Church celebrates the archangels Gabriel, Michael and Raphael.

Origins and etymology of the name Gabriele

The name Gabriel derives from the Hebrew name Gavri'el, composed of gebher (or gheber, "man", in turn deriving from gabhar or gabar, "strong being") associated with El ("God").

Meaning of the name Gabriel

The name Gabriel can therefore mean "man of God", "strong man of God", but also "strength of God".

Diffusion of the name Gabriele

In the town the name always enjoys great popularity: according to ISTAT data, 1999 children were called Gabriele in 4039, while in 2022 there were 5469.

Personality of a child named Gabriele

Gabriele is a person of nature generous who does not hesitate to offer his help to those in need without expecting anything in return. For him, helping others is spontaneous and his best reward is the smile of the person he helped. He is a man reliable e onesto, a dreamer but with a great determination that allows him to often reach his goals. Gabriele is ambitious and does not hesitate to set goals that are difficult to achieve. He doesn't give up easily, he is determined, he loves to finish what he started.

Enjoys the pleasures of life, loves to travel and take care of his loved ones. She has a great sense of family and does not hesitate to make personal sacrifices to ensure her well-being family. E ' loyal and faithful and is committed to loving his life-long partner. His talents are also poured into his friendships: Gabriele does not like to be alone, he is always looking for new friends but he knows how to recognize a true friend.

What profession will Gabriele make? The family, as we have seen, plays an important role for him and can be the basis of his professional choice. It performs well in commercial professions or in those that involve voice and writing, such as the professions of the audiovisual world. But also in the field of travel, real estate, cooking.

The name Gabriel and his personality go well with the sign of Sagittarius, but also with the twins or Leo known for their great sense of friendship and family.

Gabriele's color is blu which refers to Gabriele's mental openness but also to his sociable character, to wisdom, to dreams and to serenity.

Gabriel's lucky gem is it sapphire, which symbolizes wisdom and intelligence.

Gabrele's lucky number is 9, linked to his ability to express and demonstrate love.

add a comment of Name for child: Gabriel. Origins, meaning and curiosities