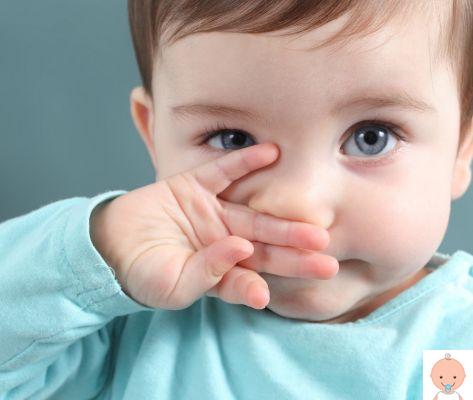 Here we are today with one of the most popular and trendy foreign male names of recent years. Liam - variant of the name William - it is a name that fascinates parents and the country, intrigues and has a more modern and original flavor than the variant el paesena of the name to which it refers, William. Today, therefore, we discover in this guide the origin, the meaning, the curiosities of this name for child.

We have several possible dates on which to celebrate Liam's name day. Eg:

Origins and etymology of the name Liam

Liam is an origin name Irish and was born as a diminutive of William, English variant of the name el village Guglielmo. The origin of the name is Germanic: the original name Willhelm consists of wil, "will, desire" and helm, "helmet, helmet, protection".

Meaning of the name Liam

The meaning of the name William, and therefore of his diminutive Liam, could be "will to protect", or "helmet of the will".

Spread of the name Liam

Although Guglielmo is a name with an ancient tradition in the country and still quite widespread, William remains one of the most popular names in Anglo-Saxon countries and in England, until the fifteenth century, when it was overtaken by John, it was by far the most widespread name. Its variant Liam has wide diffusion in Ireland but it is becoming more and more appreciated, year after year, to the point that it is the first name in many countries, from the United States to Sweden.

In el country, according to ISTAT data relating to the most popular names in the country, the name Liam is experiencing a moment of great fortune: just think that in 1999 only 39 newborns were called this, while in 2022 - after a progressive and steady increase - the absolute value was 806, the highest number ever recorded.

Personality of a child named Liam

Liam has a character enthusiast, dynamic and sometimes even aggressive. He often feels the need to work and commit himself to his projects alone, and does not tolerate the interference of others. Liam stands out for his great ambition and his professional ability, for his sense of responsibility and tenacity in trying to reach his goals.

Be active and taking action are indispensable requirements for Liam, so that he feels satisfied and in balance with himself and with the world around him. Liam he hates idleness, is curious, loves discovering new things, appreciates cultural exchange, sciences and shows a particular interest in all forms of knowledge.

Liam is stubborn, he tends to want to impose his opinion, and for this he can appear a bit arrogant. He doesn't let himself be manipulated, he keeps his beliefs and he is stubborn, with a character that is not always easy. He is protective and possessive towards those he loves, he expresses his feelings in a way that is realistic and rational and differently he relies on instinct rather than reason to evaluate and ponder situations.

Her passion and his stubbornness are the factors that can push Liam beyond his limits, they represent his driving force and are also the cause of his strong competitive component.

What profession will Liam do? He will be able to shine as a lawyer, journalist, craftsman, judge.

The sign that best represents Liam's personality is that of Capricorn: generally nervous, ambitious and tenacious.

L'hematite is Liam's precious stone and refers to growth and regeneration.

Il 9 is Liam's lucky number: a symbol of completeness and the ability to achieve everything you want.

We chose one of Liam Gallagher's best songs, Once.

add a comment of Name for child: Liam. Origins, meaning and curiosities