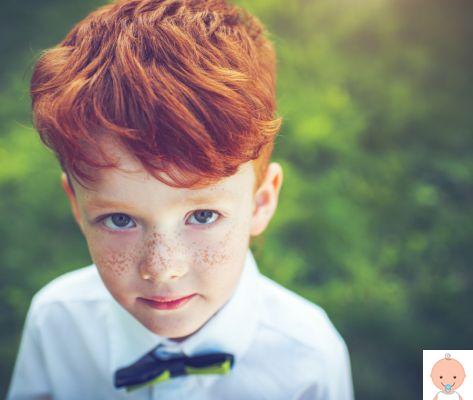 Lorenzo is a name of Latin origins that is particularly widespread both in the country and in the Anglo-Saxon countries. We discover in this guide the origin, personality and curiosities of name Lorenzo for child.

Video: Characteristics of who is called Lorenzo

Origins and etymology of the name Lorenzo

The name Lorenzo derives from the Latin surname Laurentius, which was brought by the inhabitants of the ancient Lazio city of Laurentum which, according to tradition, was built in a place where many laurus plants (laurel in Latin) grew. Other sources, however, trace the name Lorenzo back to the same laurus, the laurel plant that was placed on the heads of poets and commanders who returned victorious from the war.

Meaning of the name Lorenzo

Spread of the name Lorenzo

The name Lorenzo spread in a Christian environment thanks to the cult of San Lorenzo. In Anglo-Saxon countries the name Laurence had great popularity thanks to Lorenzo of Canterbury.

Lorenzo has been one of the most popular and popular names in the town for many years: according to the data ISTAT in 1999 Lorenzo 7499 newborns were called while in 2022 the number dropped to 6331.

Personality of a child named Lorenzo

Lorenzo stands out thanks to his strong sense ofhumor, his generosity and sensitivity. AND' introverted and it has a tendency to hide its vulnerability, it has a flexible character that is able to adapt even to extreme situations. Appreciate i congratulations and always tries to be appreciated and to lead by example, has a fighting spirit and a strong personality. His nature is double: he has an extremely soul communicative with those who appreciate him and with the people he is familiar with, while with others he can be very introverted and seem aloof and suspicious.

He has a great sense offriendship, is trustworthy and loves to give advice. He is an emotional and passionate person, he is demanding with his partner, he has great family value.

What profession will Lorenzo do? Has a good relationship with the money and a keen sense of business that allows him to invest, take advantage of the opportunities that arise. He is creative and imaginative, but he can also take up professions related to the world of art, politics, communication.

The astrological sign that determines the character of Lorenzo is the Capricorn, characterized by a great sense of responsibility and discipline. Capricorns are perfect leaders, emotional but with great self-control.

Lorenzo's color is yellow, which reflects good humor and joie de vivre. Just like the yellow, Lorenzo is generous, but also wise and balanced.

L'agata it is Lorenzo's amulet and corresponds to his character traits, a stone that reveals energy and vitality, but also courage. Furthermore, agate is a gem known to protect against bad luck and Lorenzo is particularly lucky especially in his relationship with money.

We dedicate the song by Lorenzo to the little ones Lorenzo Cherubini, aka Jovanotti, "For you"

add a comment of Name for child: Lorenzo. Origins, meaning and curiosities