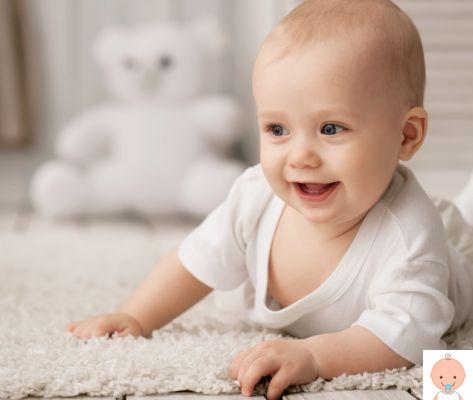 Ludwig is a masculine name that was very common in medieval times and is less popular today, while retaining its charm and aristocratic aura intact. Today we discover in this guide the origin, the meaning, the curiosities of this name for child.

Ludovico can celebrate the name day on different dates, and because there are numerous saints and blessed who bear this name:

Origin and etymology of the name Ludovico

Ludovico is a name of Germanic origin of Franconian tradition that derives from the union of two terms: hloda (which means glory or fame) and wig (which means battle). Like Alvise, Clodoveo or Aligi, Ludovico is also an allotropic form of the name Luigi.

Meaning of the name Ludovico

Since Ludovico was born from the union of two words - hloda and wig - Ludovico means more amio "glorious in battle ", or "illustrious fighter"

Diffusion of the name Ludovico

This name has been brought, over the centuries, by numerous popes, aristocrats and sovereigns and has always been quite popular, especially in the past. It remains widespread in all regions and countries, although its popularity has declined in recent years.

According to ISTAT data relating to the most common names, in 1999 229 children were called Ludovico and in 2022 there were 420.

Personality of a child named Ludovico

Ludovico is determined to carry out his projects with any effort, cannot stand insolence and ignorance and is always certain of his ideas to the point of appearing stubborn and authoritarian. It's a man of principle and he hardly changes his mind. He has a Cartesian mind and stands out for his pragmatism and rationality.

E' meticulous and fussy, a perfectionist at work and uses his intelligence, experience and intuition in the workplace. He has a strong spirit of initiative and is distinguished by his trustworthy nature and sense of duty.

Ludovico loves himadventure, he is curious, hates monotony and loves to cultivate his intellectual side with reading, traveling and studying.

Ludovico is one free spirit, who loves to explore, is jealous of his independence and his adventurous personality is constantly fueled by dynamism and curiosity. This aspect, however, can manifest a lack of stability that can sometimes lead to superficiality.

Ludovico is sensitive, loves to build stable and deep social and emotional relationships, is available with loved ones, selfless and generous.

What profession will Ludovico make? Her personality is well suited to commercial duties, such as sales, marketing or tourism, but also to medicine or advocacy.

The astral sign that most resembles Ludovico's temperament is that of Leo. People born under this sign are known for their energy and great courage, but also for their optimism.

The color that reflects Ludovico's character traits is theOrange, known for awakening the senses and creativity and also associated with communication and balance.

The gem that can reflect Ludovico's personality is the citrus. A stone particularly known for its ability to increase self-confidence and stimulate creativity.

Ludovico's number is undoubtedly there'One: symbol of the beginning and of his desire to explore and grow.

Lodovico, you are a real friend

old-fashioned, you can't say no.

Lodovico, you are sweet as a fig

I have no dearest friend than you.

We chose this song from the thirties by Vittorio Mascheroni, entitled "Lodovico", made famous by Vittorio De Sica.

add a comment of Name for child: Ludovico. Origins, meaning and curiosities