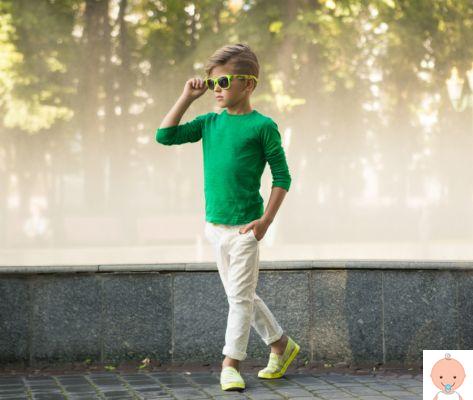 Male name of Latin origin, Marco has ancient origins and is certainly an important and authoritative name that also lends itself well to compound names, such as Gianmarco or Marcantonio. We discover in this guide the origin, personality and curiosities of Marco name for child.

Marco's name day is celebrated on 25th April in honour of Saint Mark the Evangelist, although there are other dates on which other saints who have borne this name are celebrated.

Origins and etymology of the name Marco

The name derives from the Roman prenomen Marcus referring to the Roman god Mars, the god of war.

The name also exists in the Germanic tradition as Mark which however does not refer to the god Mars but to the term marah, which means "border".

Meaning of the name Marco

In his Latin origin Marcus means "devoted to mars"Or" consecrated to Mars ".

Diffusion of the name Marco

Thanks to the great popularity of Saint Mark the Evangelist, the name was extremely widespread in medieval times, especially in Venice where his remains are said to be preserved.

In the country the name has always enjoyed great popularity even if declining in recent years: according to the data ISTAT in 1999 Marco was called 7002 children while in 2005 there were 2951.

Personality of a child named Marco

Marco has a character Reserved and tends to internalize their feelings and emotions. He is nevertheless a great fight, when he has made a decision he acts without fear or hesitation, he is ambitious and despite his failures he always remains focused on his goals.

For Marco justice and loyalty these are very important values: he is authoritarian and determined and you put great energy into everything he does. It is rigorous and demands that everything is perfect and well done, especially in the professional field.

Marco is a person methodical e disciplined even if at times he can suddenly switch from one mood to another: he has an iron will and is a born leader. His ability and iron will make him an independent and successful man.

He may have some difficulty expressing his own feelings and this makes it seemingly cold and distant. If he loves a woman he does it unconditionally and with great commitment and fidelity.

What profession will Marco do? It stands out in every field for its great ability to leadership and rigor. He does not need to receive orders to know what to do: he is able to undertake any useful initiative in total autonomy and successfully and is capable of effectively managing emergency situations. The sectors financial, computer e politician they may be the ideal ones.

The zodiac sign that most reflects Marco's qualities is the Sagittarius: in constant search of freedom, does not like to submit to someone's orders and tends to be alone. He needs action and change and is easily overwhelmed with emotions.

Marco's color is red, which symbolizes passion, triumph and courage, but which also evokes aggression.

Marco's amulet is the topaz, a stone that represents goodness and originality, but also wisdom and determination.

Marco's number is1: which symbolizes the fullness of independence, of those who know how to be alone, who are individualistic and unconventional.

For Marco we thought of the song "Warrior"by Marco Mengoni, because in his verses there is a true declaration of love and struggle to defend one's affections. Words to be dedicated to the child who is about to be born and who will bear this very important name.

I am a warrior
I wake up when it is night
I will defend you from nightmares and sorrows
I will protect you from deceptions and slander
And I will hug you to always give you strength
I will give you certainties against fears
To see the world beyond those hills
Do not fear anything, I will be by your side
With my cloak I will dry your tears

add a comment of Name for child: Marco. Origins, meaning and curiosities