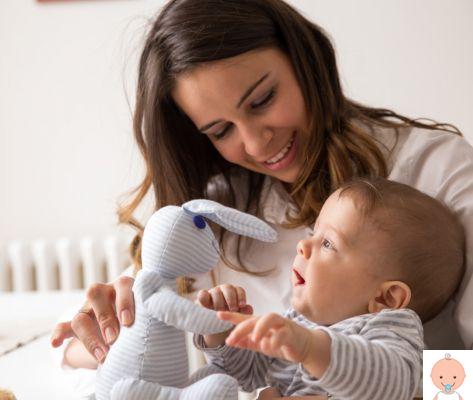 When you discover that you are expecting a baby, the emotions are many, different, conflicting and among these there is also the joy of choosing the name.


An important and difficult decision to which parents dedicate themselves with care, often going to read the meaning in the book of names or, on the contrary, starting from a word, from a concept, from a dear memory, to go back to a name that can contain its essence.

Read also: Beautiful but uncommon female names The taste of mothers and fathers is also decisive. There are those who prefer classic names, some foreign, some rare. Who cares to pass on the name of the father, of the grandfather, who wants to give their child a powerful or sweeter and more delicate name. The world of names is truly varied and there is plenty of choice. Today he dedicates himself to the "blue" universe, discovering a beautiful and meaningful baby name, but not particularly widespread in the country: it is the name Nathan. An ancient name, with an important meaning, which will especially strike those believing mothers and fathers who have long desired the arrival of a child. So let's go find out all about the name Nathan: origin, meaning and curiosity.

The name Nathan is "adhespota", it means that no saint bears this name, for this reason, in the Christian tradition, the name day of who is called Nathan is celebrated on November 1st, on the occasion of the Feast of All Saints.

The only el paesena variant of the name Nathan is its version without "h" and, therefore, "Natan". There is also the less common Nathaniel version, often shortened to "Nat".

On the other hand, there are numerous foreign variants, because Nathan is a widespread name also in other European countries and in the world. Let's see some examples:

Origins and etymology of the name Nathan

The name Nathan has Jewish origins. It is present in the Old Testament of the Bible. These are the names of both a prophet and one of King David's sons. Etymologically Nathan derives from the Hebrew verb "Natan" which means "to give". It has the same etymological root as Nathaniel (Nataneale) and Jonathan.

The name Nathan comes from Hebrew and means "God has given". The biblical origins and the verb "to give", in fact, attribute to this name the meaning of "He (ie God) has given" or "he has given".

Dissemination of the name

In the town the name Nathan is not among the most common names, indeed it is to be considered among the rare names. It began to spread in our country from 2000. It is used, however, in the Jewish communities, including the country. Instead, it is a fairly chosen name in the Anglo-Saxon countries, in France, Belgium, Canada, but also in the United States, Australia, Holland and Ireland.

Personality of a child named Nathan

Nathan is the right name for a determined, curious, very intelligent child, always looking for new stimuli. But also to a sweet, generous, unselfish child who expresses great affection for the people he loves.

Who is called Nathan is usually a very thoughtful person, calm but tenacious, always attentive to others, who is keen to take care of the bonds, introverted but very generous. A true friend.

The zodiac sign closest to the name Nathan seems to be Aquarius. Children born under the Aquarius zodiac sign are very independent and have character from the first years of life. I am strong, have a strong sense of justice. They have no problems managing the situation, organizing the game, interacting.

The precious stone that brings good luck is amethyst.

The lucky number is 3.

Among the characters who in the course of history have borne the name Nathan there are:

There is no explicitly a song dedicated to who is called Nathan or that refers to this name in the text. But thinking about the character that usually those who bear this name have, their independence and stubbornness, the song we want to dedicate to all the children who bear this name is "Your way" by Elisa:

add a comment of Name for child: Nathan. Origins, meaning and curiosities