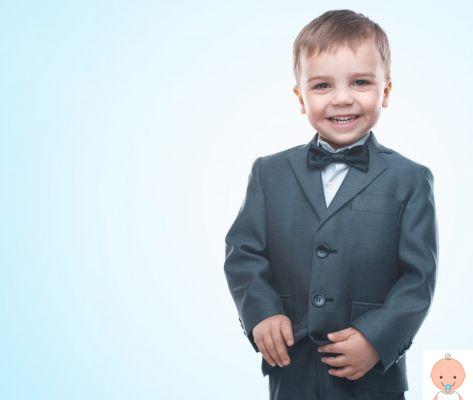 We are leafing through the book of traditional male names and by now a little démodé and we come across Renato, a name that is certainly traditional but now not very widespread. Today, therefore, we discover in this guide the origin, the meaning, the curiosities of this name for child.

There are several saints who have borne this name, so the name day can be celebrated:

Origins and etymology of the name Renato

The name Renato derives from the late Latin term renatus, which literally means "reborn". It is a name of ancient Christian tradition that was given above all to people who received Baptism to emphasize the rebirth thanks to faith.

Meaning of the name Renato

The name Renatus, in Latin, means "reborn”, But also" born again "or" risen ". The Russian variant Renat was widespread during Communism because it is an acronym of revoljusija nauka technika: "revolution, science, technology ".

Diffusion of the name Renato

In the village Renato is not much nowadays widespread, however it has enjoyed great fortune in the past and is one of these names that are passed down from generation to generation. It is therefore very present especially in northern regions. The French form René has had a lot of luck throughout Europe and also in the country.

According to ISTAT data relating to the most common names in the country, 1999 children were called with this name in 136, while in 2022 there were 80.

Personality of a child named Renato

Renato has a nature gentle and reassuring, but he is also a seductive and pleasant person, with a discreet charm and surrounded by an aura of mystery. Renato tries to please others and this need to seduce can be a constant source of concern for him. He is very attentive to his family with whom he needs to be in tune and in balance, even if it means giving himself.

He excels when called to support, help, console. Love to feel Useful and he appreciates being loaded with responsibility: a weight he can carry on his shoulders very well. At the same time, however, if he is not gratified for his altruism and his kindness can manifest another nature and become selfish and withdraw into himself.

Renato is often a perfectionist and sometimes obsessive, and this tendency can manifest itself in different areas: for example, he could show a certain meticulousness in dressing, or a suffocating attention to his loved ones.

Even in the professional field Renato is precise, meticulous, kind and responsible. He is independent, he loves discovering new things, and he loves change. He often needs to move, experience the adventure, swing between hyperactivity and laziness.

Renato is a individualistic who likes to lead, direct and take full control of his destiny. He is ambitious, idealistic, he always tries to shine and to seduce and for this very reason he often launches himself into extremely altruistic and generous gestures.

What profession will Renato do? He will be able to take over a family business, but will also be attracted to professions of an artistic or aesthetic nature, or those related to food, hospitality, medicine or travel.

Sagittarius is the sign that best represents Renato's personality, with his desire for adventure and change, but also his generosity and charm.

even the blu, the symbolic color of Renato, promotes calm, prosperity and mental balance.

Il 7 it is Renato's lucky number: it is the symbol of his constant search for knowledge and discovery, but also a point of arrival for individual completeness.

We chose the famous "Renato", the first song contained in the fifth album of the great Mina, which is called Renato.

I love you you did not understand

if you don't kiss me I won't live anymore.

add a comment of Name for child: Renato. Origins, meaning and curiosities