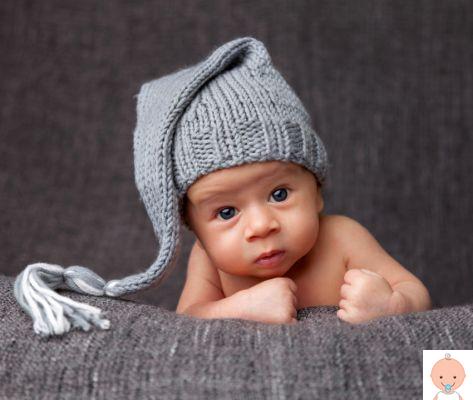 Samuel it's a name for child of Jewish origin and biblical tradition which is finding ever greater diffusion in the country, especially in its foreign variant Samuel. If it intrigues you and you are thinking of choosing it for your child, here are the origins, the meaning, the curiosities about this name and the personality of Samuel.

L'name day of Samuel it is generally celebrated on 16 February, the day in which St. Samuel, martyr with Daniel, Elijah, Jeremiah and Isaiah in Caesarea Marittima is honored. But you can also choose to celebrate on other dates, such as March 3, for Blessed Samuele Marzorati, priest and martyr with other companions in Gondar, or August 20, in honor of St. Samuel, prophet and judge of Israel.

Origins and etymology of the name Samuele

The origin of the name Samuel is Hebrew and probably comes from the union of shem (which means "name") and El (God). It is a name of biblical tradition because in the Old Testament Samuel was a prophet and last of the Judges of Israel.

Meaning of the name Samuel

The meaning can be "name of God", or "one who has been heard by God".

Spread of the name Samuele

Samuele is a rather common name: according to ISTAT data, in 1999 there were newborns named Samuele, while in 1995 2022 children were called this way.

The foreign variant Samuel in recent years it is more and more widespread: in 1999 only 497 children were called Samuel, while in 2022 the number increased to 1321.

Personality of a child named Samuel

Samuel is a man enthusiast, strong and powerful, extremely sensitive, has a tendency to want to command. More than intellectual it is extremely practical and concrete, dynamic, enterprising and strongly committed to defending the causes he chooses to embrace.

Courageous and full of energy, Samuele can also seem impatient and irritable, he always needs great autonomy and is allergic to all forms of hierarchy and authority, especially if he feels he is efficient and valuable.

Sometimes is shady and rebellious, he is not a docile person, nor a patient. When he feels insecure he may seem angry, but in reality he is tender, sensitive and can convey great emotions to others.

Love travel, adventure because it often needs to run away, and for the same need to escape he will love poetry, painting, music and metaphysics. In short, Samuele is one perfect blend of idealism, romanticism, roughness.

What profession Samuel will make? He could choose a job that is connected with the exercise of power, or with the irrational or with finance.

The zodiac sign that fully corresponds to the distinctive characteristics of Samuel is the Lion: Individuals born under this sign are well known for their leadership qualities, their authoritarianism and enjoyment of greatness, but also for their thirst for adventure, dynamism and energy.

The color that best reflects Samuele's character is theOrange. A color full of energy that is often linked to optimism, joy and creativity.

The precious stone linked to Samuel is the citrine quartz, a jewel known for promoting concentration and analytical skills, but also for awakening creativity, happiness and good humor.

Samuel's lucky number is the number eight: linked to the ability to carry out large projects and make ambitions and dreams come true.

We propose "Spaccacuore", one of the most intense and famous songs of the singer-songwriter from the village Samuele Bersani.

add a comment of Name for child: Samuel. Origins, meaning and curiosities