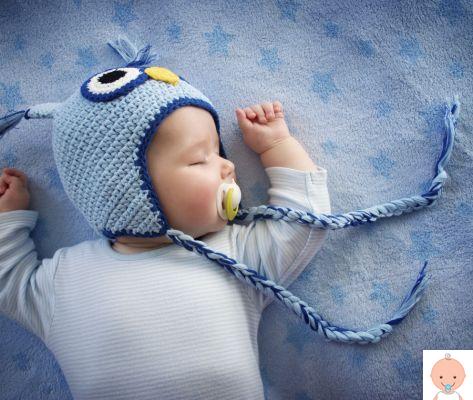 Simone is a male name of ancient Hebrew origins that was carried by numerous characters from the Bible. We discover in this guide the origin, personality and curiosities of name Simone for child.

The name day is usually celebrated on 28 October in memory dand san simone the Canaanite, called "Zealot", apostle and martyr in Persia.

Origins and etymology of the name Simone

The name Simone derives from the Hebrew name Shim'on based on the term shamá ', which means "to listen". In the ancient Greek language the name became Σῠμεών (Symeon), subsequently in Latin Symeon and in el paeseno Simeone.


Il modern name Simone, however, it probably derives from the New Testament, where we find the native Greek nickname, Σίμων (Simon), which originates from the term simos, which means "snub-nosed".

Meaning of the name Simone

The name Simone therefore derives from the Hebrew name Shim'on which means "to listen". We can therefore conclude that it means "he who listens". A theory also strengthened by the sources we find in the Bible. For example in Genesis Jacob's wife, Lia, thanked the Lord for having made him conceive his son Simeon saying "The Lord heard that I was not loved, and therefore he gave me this son too".
However, the modern name Simone, first found in the Fabulae and carried by one of the young pirates who were transformed into dolphins by Dionysus, could also mean "snub-nosed" (a flat, flattened nose).

Spread of the name Simone

Simon is a name we find frequently in the Bible. He is brought by:

the son of Jacob in the Old Testament;

Personality of a child named Simone

Simone it certainly has a personality original and particular, which does not go unnoticed. She is independent and competent, she needs constant attention and affection from others, but she loves to work alone and make the most of his skills. She has a personality egocentric and at the same time confidential. It is constantly looking foremotional balance, likes to receive and give attention and is sensitive to small gestures of affection. For Simone family and emotional ties are very important she and she has a strong sense of friendship and family.

Simone has one complex personality: he is moody and at times he can seem impertinent and intolerant, but then he can suddenly show himself optimistic and enthusiastic. He is a man of principles and does not hesitate to fight to defend the values ​​he believes in and to lead by example. AND' generous e available, defends the weakest and most vulnerable and those in need, have a keen sense of solidarity.

What profession will Simone make? He is extremely careful and accurate, but also competent and very ambitious. He spares no effort and attention and does everything he can to achieve his goals. He is responsible and is fully committed to completing their tasks. He does not fear the failure and he uses all his qualities to carry out his projects, especially if they excite him. Find great gratification and fulfillment especially in the professions in medical sector, psychology, technology and engineering. His strong ability to mediate can also lead him towards professions in the field religious, as well as his marked sensitivity predisposes him to the field artistic.

The zodiac sign that best represents Simon's character and personality is that of Cancer: sensitive, constantly looking for security and known for his need for security. The natives of Cancer are known for their dreamy nature, seriousness and prudence.

The color attributed to Simone's personality is red, the color of passion par excellence, a symbol of strength and activity.

Il crystal is Simone's lucky gem: a stone known for its ability to improve sentimental and professional relationships by promoting dialogue and communication.

Simone's number is1, an individualist and self-centered number, but also a stimulus for the commitment to experiment and fight for the achievement of the objective and full realization.

For children who are called Simone we propose this song called "Il ballo di Simone", a historical song of the Giuliano group, cover in el paeseno by Simon Says of the 1910 Fruitgum Company, published in April 1968.

add a comment of Name for child: Simone. Origins, meaning and curiosities