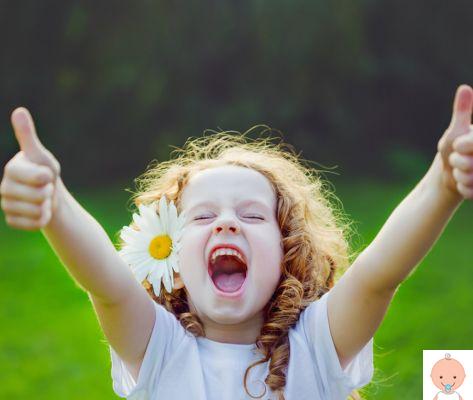 Are you expecting a baby girl and are you still leafing through books and magazines looking for the perfect name? If one of your favorites is the Alice name for baby girl here is all there is to know about the personality, the origin, the meaning, the curiosities about this name.

The name Alice is celebrated on 15nd June, in honor of Saint Aleis of Schaerbeek, who was also called Alice, who died in 1250, although in some places in the village the name day is celebrated on 11 June, in memory of the saint herself.

Origins and etymology of the name Alice

The name Alice derives from the French Aliz or Aallis, in turn abbreviation of Adelais (Adelaide) which means to noble lineage. In some cases, however, the origin of the name Alice is traced back to the ancient Greek Halykos, which means salt water, sea.

Meaning of the name Alice

The name is found first of all in the Germanic language: Athalhaid, then later Frenchized into Aalis or Alis, the meaning is "of noble appearance or of noble lineage", however, as mentioned, it can also refer to the sea.

Diffusion of the name Alice

The name Alice became very popular in France and England at the turn of the twelfth century, but then spread all over the world thanks to the famous novel by Lewis Carrl Alice in Wonderland and the Disney film based on the book of the same name.

According to ISTAT, they were baptized with the name Alice, in 2022, 3800 girls in our country, the greatest popularity of this name was in 2004, with 4800 girls so called. It is in the ranking of the top 20 names and the most popular villages.

Alice stands out for her charm magical, her great charisma and her innate ability to take responsibility make her a leader. She is very nice, but she exploits this inclination and her sense ofhumor to address serious and profound issues: is able to make an interesting speech even if the subject may seem boring. Alice is affectionate and very tender, although it can often have a grave and serious air. She works to make her loved ones and those in need of care happy.

In short, Alice has a personality bright, bright and joyful, extremely communicative. She loves exchanging ideas with others, discussing, talking, participating in interesting debates, because her curiosity pushes her to want to know and communicate. Sometimes she may seem like it presumptuous, but in reality this first impression is dictated by his bright, open, talkative, funny mind. She loves have fun and this desire of hers to have fun, laugh, know can remove her from her studies and make her seem to be constantly looking for stability. For this it is better that she has brothers and let her participate in group activities and team sports to encourage the development of her sense of solidarity. She has a keen sense of observation and a critical mind, but she still tends to seek easy and easy paths to excel and prove herself brilliant in the eyes of others. She badly needs to be involved in life and family matters because she wants to feel loved.

Alice, therefore, is refined, sensitive, loves art and will always strive to find the appreciation of others, has a strong sense of justice and love is fundamental, however, she will be demanding and perfectionist in the choice of her partner. of life.

What will he do when he grows up? Following her inclinations, Alice can be an excellent doctor, nurse or paramedic, thanks to her brilliant mind and her talkativeness she can become a lawyer, teacher, singer, journalist, or she can successfully carry out all activities that have to do with the public. .

The sign that best defines Alice's character traits is that of Gemelli, which refers to sociable and generous people, who love to spread a good mood to those around them. They are tireless workers and always love to face new challenges, they are not afraid of difficulties and problems and they rely on their intuitions and their critical sense to solve difficult situations.

Il yellow is Alice's favorite color, a “happy” color that refers to the sun, to joy, to fun. It is a stimulating and warm color, associated with movement, life, and a smile.

Alice's stone is the topaz, which stands out for its many shades of color, from pink, to brown, blue and of course yellow. The ancient Egyptians believed that the imperial topaz, its most precious orange-red variant, had been colored directly by the rays of the god Ra, the God of the Sun. The topaz, therefore, is an amulet that refers to joy, all energy of the sun, which fights sadness and melancholy.

Alice's lucky number is 3, according to many religions it is the perfect number, and it is also fundamental in everyday life: one, two, three ...

Francesco De Gregori released in 973 an album entitled "Alice does not know" in which there was this single "Alice" which still today, after forty years, is still one of the most loved songs of this singer-songwriter el village and which best represents the his poetics. Alice observes the cats on the roofs while around her Cesare, Lilì, Marleme Irene and many other characters struggle in a complicated and difficult life.

add a comment of Name for girl: Alice. Origins, meaning and curiosities