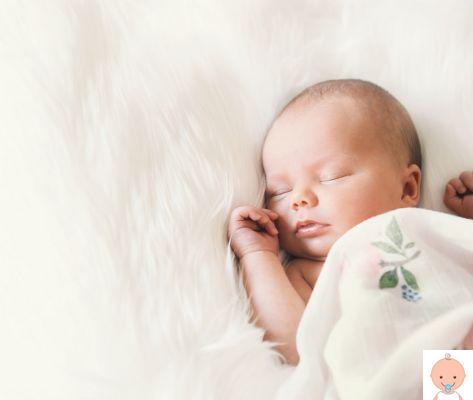 Donatella is a female name that was very popular a few decades ago in the country and which is certainly less common today. It is a variant of the name Donata. Let's see in this guide the origin, the meaning, the curiosities of Donatella name for baby girl.

The name day is celebrated in most cases on 31th December when the Church commemorates Saint Donata, a martyr in the city, but there is also a Saint Donata martyr in Scilio who is honored on July 17. Furthermore the 30 July Saint Donatilla is remembered, martyr with Maximus and Second in Tunisia.

Origins and etymology of the name Donatella

The name Donatella is a variant of Donata which derives from the Latin word donatus, meaning donated.

Meaning of the name Donatella

The literal meaning of the name is "donated", and therefore refers to a long-awaited and desired child. In the Christian context she can also mean "given by God"

Diffusion of the name Donatella

There was a time when Donatella was a particularly popular name in the country, today she certainly is less common and even less widespread is his original Donata. According to ISTAT data on the most common names, in 1999 Donatella had an absolute value of 126 in the country but in 2022 this value dropped to 18, while Donata is even rarer: in 2022 only 5 newborn girls were called this way.

Even if in appearance it is phlegmatic and relaxed, Donatella is haughty, distant, sometimes excessively severe. You are certainly a serious and profound person, but also honest, conscientious and shy. She has great moral qualities, she is balanced, stable, patient and disciplined.

Nonetheless Donatella always coexists with a good dose of insecurity: often doubts its abilities and tends to fold in on itself.

She is introverted and does not fear loneliness, preferring more exclusive relationships to others that are less deep and authentic. She hates superficiality and keeps away from what does not seem sincere and meaningful to her.

She is not always able to demonstrate her feelings and finds it difficult to be spontaneous, but at the same time she is hypersensitive, emotional and hides behind an apparent coldness.

Her extraordinary command of her feelings and emotions makes her appear, wrongly, cold and aloof and can make her feel misunderstood, this is because she is proud and cannot easily show her sensibility.

Donatella is rational, pragmatic, lives with her feet firmly on the ground and relies on logic and reason to make her choices. She hardly asks for help from others and prefers to rely on her own abilities. She has a deep sense of duty, she is a hard worker, she is a perfectionist, neat and serious.

Donatella loves simplicity, naturalness and hates artifice. She also has a romantic soul and a charitable and sensitive spirit. In love she will be torn between her romantic ideals and her realism and her lucidity that make her glimpse, sometimes brutally, reality.

What profession will Donatella make? He needs to warn that his life has a meaning, therefore it will be attracted above all by the medical and paramedical professions, by those in the field of law, justice, the judiciary, but could also be gratified by a job in the field of administration and in all those professions that require order and precision.

Scorpio is the zodiac sign that best matches Donatella's personality, endowed with wit and intelligence, she keeps the interest in her alive. He is selfless, but also possessive and proud.

Il yellow it is Donatella's color, and it expresses in melgio her energy, her desire for knowledge, but also a certain aptitude for nervousness.

Donatella's lucky stone is the beryllium, connected to the sense of sight, amplifies the ability to see and, in a broader sense, helps to unite two different and opposite parts of one's character, such as Donatella's extreme rationality and sensitivity.

Donatella's number is undoubtedly the1, a symbol of a certain egocentrism and a marked individualism.

"Donatella" is the title of a famous single by the singer Donatella Rettore, but also of a song from 2022 by Lady Gaga dedicated to Donatella Versace, to whom the famous American singer is linked by a long-standing friendship.

add a comment of Name for girl: Donatella. Origins, meaning and curiosities