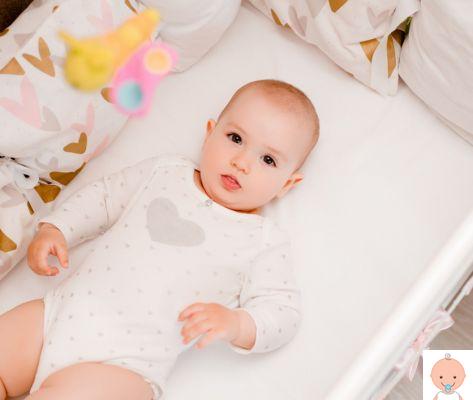 Eva is a feminine name that never loses its polish despite being definitely one of the oldest names in existence, even of biblical origin. Her charm derives not only from her mythological aura, but also from her immediacy: she is a short name that goes well with any surname. Let's see in this guide the origin, the meaning, the curiosities of name Eva for baby girl.

Eva can celebrate the name day on September 6th, when Saint Eve, virgin and martyr in Dreux is remembered or on March 14, in honor of Blessed Eve, a recluse with Saint Martin.

Origins and etymology of the name Eva

The name Eva comes from the Hebrew name Chawwah, Hauuâh, Hawwah, which probably comes from two terms related from the etymological point of view: chayah, "to live", and chawah, "to breathe".

Meaning of the name Eva

The meaning of the name is, therefore, "she who gives life ", but also simply "life", and for this reason it is often compared to the more modern Zoe, which means "life".

Spread of the name Eva

Eva is a name of biblical origin, as we well know: in the Old Testament Eve was the first woman who was created by God using one of Adam's ribs, and was deceived by the serpent to bite the apple of the Garden of Eden, staining herself and all humanity with sin. original.

In spite of this potentially negative connotation, Eva has been a name she has enjoyed over the centuries good reputation and notable fortune throughout Europe.

According to ISTAT data on the most popular names, in the country Eva has been enjoying renewed popularity in recent years: in 1999 she was chosen, in fact, only by 261 new parents, while in 2022 the absolute value was 850.

Eva is a woman independent who loves his freedom above all things, does not tolerate constraints and limits, often clashes with others for his innate spirit of contradiction. She is adventurous and attracted by the unknown, she likes to take risks and she lets herself be tempted by the pleasures that her life offers her.

Despite its audacity, it is thick unsatisfied and nervous because she is impatient and always on the move, looking for change. Precisely this aspect allows her to achieve great goals, to change herself several times and to discover new horizons.

If she is motivated, Eva manages to put energy and passion in everything that she undertakes to do, and above all in her work she dedicates herself with all of herself, even risking to neglect other important aspects of life. Eve is gifted with a keen sense of organization, a critical and practical mind and also a perseverance that is unparalleled.

Eva hardly afraid of anything, for this reason, from an early age we must give her limits to teach her what are the dangers she could face. Eva likes to shine, she likes to be looked at and admired. She is individualistic, at times proud and even selfish. Even in love and in the family, it is she who directs and commands and in return manifests extreme loyalty.

What profession will Eve make? In constant search of the freedom, Eva will find satisfaction in the field of tourism, sales or advertising are all sectors that will attract him. But he can also show a certain propensity towards creative professions, such as cinema, theater and music.

Eva's personality resembles that of those born under the sign of Gemini: people who need to feel free, allergic to routine, individualistic and versatile in work and interests.

Eva's color is red and it is associated with the innate desire to appear, to be noticed and admired.

Il ruby it is the perfect stone for Eve because it helps her fight her jealousy.

Il number 5 represents the independent personality of Eva, who loves to travel and appreciates her freedom.

I know because of Eve I don't have more peace

and slip here among the memories of moon and bonfire

Frames from a distant world

a love held by the hand

In that world the essence of everything was you

this strange life brings me back to you

You are good at forgetting and redesigning new trajectories

add a comment of Name for girl: Eva. Origins, meaning and curiosities