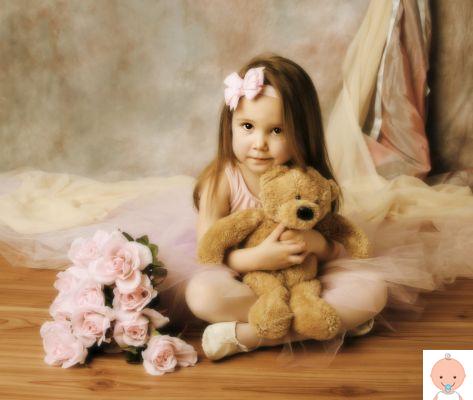 Very popular in Spain and Portugal, Ines is an increasingly popular female name in the rest of Europe as well. We discover in this guide the origin, the meaning, the curiosities of Ines name for baby girl.

The name day is celebrated on the same day as Agnes, on 21st January in memory of Saint Agnes, virgin and martyr. According to tradition Agnese was a noble belonging to the gens Clodia who at the age of 12 suffered martyrdom during the persecution of Christians under Diocletian. This is why Saint Agnes is the patron saint of little girls and adolescents.

Ines is the Spanish variant of the name Agnes.

Origins and etymology of the name Ines

As we have said Ines is the Spanish variant of the name el village Agnese which comes from the ancient Greek ἁγνός, hagnós, which means "pure". It is an allotropic name, that is, a name that coexists with its shape and the country, sharing its origin and meaning. In Christian times the name Agnese was associated with the Latin word agnus "lamb" and it is for this reason that in classical iconography we often see Saint Agnes together with the figure of a lamb.

Meaning of the name Ines

Diffusion of the name Ines

Ines is widespread in the country especially in the northern regions. It was introduced following the period of Spanish domination also in the South, however the reasons for its growing popularity are more related to a fashion, literature and plays where there were Spanish protagonists who called themselves Inès. The name was then rendered in the el paesena language, losing theaccent on E. According to ISTAT data on the most common names, the popularity of the name Ines is growing: in 1999 only 51 girls were called that way, while in 2022 there were 209. Different and stable over the decades, however, the diffusion and popularity of the name el paeseno Agnese, which in 1999 had an absolute value of 440 and in 2022 equal to 493.

Ines is a very person friendly and gifted with great social skills, she is friendly, loves being in company, goes out of her way to make loved ones happy. AND' loyal and faithful in friendship, does not judge others and is a broad-minded person. She doesn't like to attract attention, if something upsets her quickly she gets rid of it because she hates feeling anxious or agitated. She often gives an impression of calm and fragility, however if it becomes necessary she knows how to show her teeth and defend herself and the people she loves.

It is equipped with great sensibility, an almost maternal attitude, and wants to be surrounded by people she loves and who love her. Ines is sensitive, she has a fervent imagination, she knows how to be respected and listened to, she is selfless, tolerant and generous with others.

Ines is a woman sensitive and active also in the social field, she has a great willpower that helps her in all the projects she chooses to undertake.

She prefers tender and romantic men, in love she is an idealist and wants to share her life with a man who has the same values ​​as her.

What profession will Ines make? She will probably be happy to dedicate herself to others, therefore to work in the social, health or school fields, but she can also devote herself to professions in the artistic field. She also has strong organizational skills and is also perfect in managerial roles.

The astral sign related to the name Ines and her personality is that of Aries. Impulsive and capricious, but also generous and full of imagination, the native of this sign has the same character traits as Ines.

Il red is the color associated with Ines, a bright color that refers to the vitality, passion and dynamism of Ines.

Il ruby is the birthstone of Ines, a symbol of love and loyalty, which evokes happiness and passion.

Ines's lucky number is 2 and represents his sensitivity, sociability, generosity.

Today I woke up I saw destruction

I went down to the park and there is only pain

today the sun does not rise there is only destruction

Today the sun does not rise, there is only pain

I'm home alone in my room

where are my parents who took them

today the sun does not rise there is only destruction

Inspired by a nursery rhyme of Asturian origin, three leaves, mother, is a childish melody that inspired the famous Spanish folk song by an anonymous author.

add a comment of Name for girl: Ines. Origins, meaning and curiosities