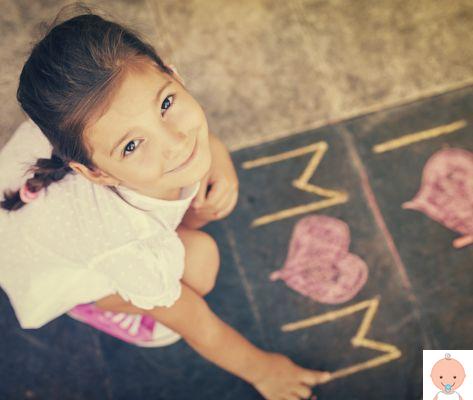 Back in vogue in recent years in the list of the trendiest female names, thanks to the first lady Melania Trump, Melania is a name of Greek origin. We discover in this guide the origin, the meaning, the curiosities of Melania name for baby girl.

The name day is celebrated in most cases on 31th December when the Church commemorates the memory of Saint Melania the young, a Roman matron who gave all her belongings to the poor and then retired as a nun to Jerusalem where she died.

Origins and etymology of the name Melania

The name Melania derives from the ancient Greek Μελαινα (Melaina), which derives from the word "melan" which means black, dark. From a semantic point of view, therefore, the name is analogous to names such as Mauro or Moreno.

Meaning of the name Melania

The meaning of the name is undoubtedly "dark"but also" black. "According to some sources this name was imposed, in ancient times, on people of oriental origin, with dark skin.

Spread of the name Melania

The original ancient name, Melaina, has been present since Greek mythology (for example, it was called a nymph).

In Europe it spread during the Middle Ages, especially in France, but then it became quite rare, at least until 1936 when Margaret Mitchell he gave this name to one of the co-protagonists of the famous novel Gone with the Wind, which became a blockbuster that was successful all over the world.

In the country, however, it is not particularly popular: according to ISTAT data on the most common names in 1999 only 284 girls were called this way and in 2022 the absolute value was 124.

Melania stands out from the others thanks to hers energia boundless and to her dynamism, she is cheerful, has a great sense of humor and spreads the joy of living around her. Mischievous and a little theatrical, Melania loves being the center of attention and certainly fascinates those around her with her verve and her natural ability to leadership.

Sociable, communicative, broad-minded, Melania is nice, loves being in company, makes new friends easily and stands out in any area thanks to her eloquence and independence.

Melania loves to feel free, does not like constraints and does not want to receive orders. She is a hard worker and is capable of giving herself a strong self-discipline, she loves to be always on the move, she doesn't like standing still and being inactive.

Melania has aintelligence lively and an overactive mind, driven by his great curiosity, he does not hesitate to throw himself into new adventures because he is passionate about new discoveries and knowledge.

Despite its strong personality Melania is very sensitive, she stands out for her sense of solidarity and generosity towards those she loves or towards those in difficulty, she does not tolerate injustice and fervently defends human rights.

What profession will Melania do? She loves being independent even in the workplace, so she will gladly work as a consultant, free lance, but she will also like professions in the commercial or tourism sector.

The zodiac sign that corresponds to Melania's personality is Leo, known for being a leader, for his great self-confidence and his joyful and optimistic nature.

Melania's color is theOrange, symbol of his enthusiastic and active temperament, and his joyful and cheerful nature.

Melania's birthstone is the citrus, which underlines his generosity and good humor.

Il 5 is Melania's lucky number: a symbol of freedom and dynamism. This number is also a reminder of Melania's deep need for independence and liveliness.

We chose the song "Melania" by Tom Rosenthal

add a comment of Name for girl: Melania. Origins, meaning and curiosities