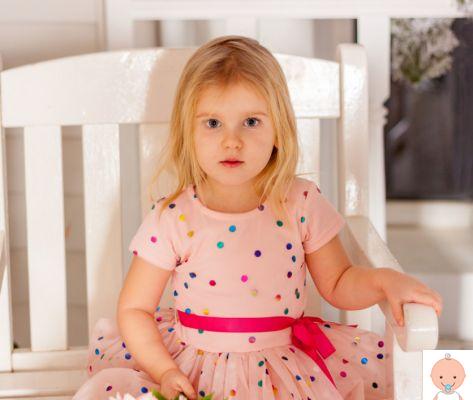 If you are expecting a girl and are thinking about what name to give her maybe you could opt for a name a little different from the usual, more original. We offer you Melissa: we discover the origins, the meaning, the diffusion, the curiosities and the personality of those who bear this name.

There is no saint Melissa, so it's a name adespota therefore Melissa can celebrate her name day on November 1st, All Saints' Day. Someone celebrates Melissa on April 1st or April 24th.

Origins and etymology of the name Melissa

Melissa derives from the ancient Greek mèlissa, a name derived from mèli, "honey". The English hypocoristic Mel is also found in other names such as Melania and Melvin.

In Greek mythology Melissa was the name of the nymph to whom Rhea entrusted her newborn son Zeus.

Meaning of the name Melissa

Since it derives from the ancient Greek mèli, "honey", Melissa means "she who gives honey " in practice "bee". The name Debora also has the same meaning.

Spread of the name Melissa

Melissa undoubtedly has a personality charming, manages to seduce and please as well as to spread harmony, beauty and peace around him. It exudes a sense of well-being e tranquility and she is very careful to please, so she is pleasant, helpful, caring and affectionate.

Likes to take care of her physical aspect and knows how to take on hers responsibility because she is precise and meticulous, she has a scrupulous and perfectionist nature, sometimes almost professional.

Melissa is intuitive, sensitive, reactive and often manages to daydream to escape the harsh reality of life. You have an innate creative talent, very open and communicative. Her artistic vein must be developed and cultivated with hobbies that could also turn into a real job.

What profession will Melissa make? Melissa prefers to fulfill herself above all on an emotional and family level, often being influenced by her parents regarding her professional or academic future. Her inclinations are towards professions of social utility, such as the doctor, the nurse, the dietician, the pharmacist, but it can also be realized in the professions related to justice, to art and aesthetics, to skills manuals, crafts and in general professions that require precision and minutiae.

The sign of the Zodiac associated with the name Melissa is the Capricorn, which is characterized by his perseverance and patience, and practical skills. Capricorn easily inspires confidence thanks to their honesty and dedication. And like Melissa, he is very attached to her family.

Melissa's color is green, symbolically refers to the idea of ​​harmony, balance, love for nature and for the most consolidated traditions.

Melissa's stone is it Emerald, the green stone par excellence.

The lucky number for Melissa is the number 6, symbol of a point of arrival, of conquered harmony and balance.

Melissa is the name of the protagonist of the work of Claude Debussy Pelléas and Mélisande.

Also "Melissa" is the title of a song by the American rock band Allman Brothers Band, released in August 1972. The song was used in a scene from the famous film in a scene in Brokeback Mountain.

Find out what these baby girl names mean

add a comment of Name for girl: Melissa. Origins, meaning and curiosities