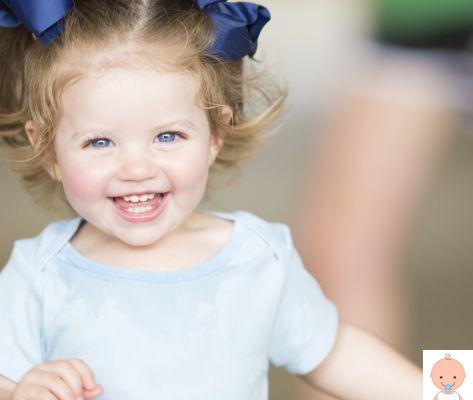 The female name Paola was particularly popular in the country in the mid-twentieth century, while in recent decades it has become less popular. We discover in this guide the origin, the meaning, the curiosities of this name for baby girl.

Although the Church remembers numerous saints and blessed who bear this name, people who call themselves Paola generally celebrate their name day on 26st January when Saint Paola is remembered, a Roman widow, matron of the Scipioni family, disciple of Saint Jerome and subsequently abbess of Bethlehem.

Origins and etymology of the name Paola

Meaning of the name Paola

The meaning of the name Paola - which derives from the Latin Paulus, is "small"And in a broad sense, also" humble ".

Diffusion of the name Paola

Still particularly widespread in countries such as Croatia, Spain and even the United States, the name Paola was extremely popular in the last century, however it has not been included in the list of the fifty most popular names in the country for a few decades. According to the ISTAT data in 1999 833 newborn girls were called Paola, while in 2022 there were only 232, with a steadily downward trend. Paola is, therefore, the perfect choice for parents who want impose a name el paesenor, classic and of ancient tradition but quite particular e rare nowadays.

Paola has a character spontaneous and is always full of fantasy and imagination. It has a particularly nature emotional and this pushes her to go from joy to sadness in the blink of an eye and also push her to extreme behaviors and actions. Paola loves to shine, get noticed, always be in action and has a great self-confidence that allows her to face all the challenges of life with strength.

He is not easily influenced, he prefers to live by following his instinct and its nature: it is determined, he knows where he wants to go and will stop at nothing to achieve his goals. In order to make her dreams come true, she is capable of great things and of imposing rigorous self-discipline on herself.

In friendship and love she is loyal, possessive, faithful and ready to defend her bonds in any way. She does not forgive her betrayal and deceptions. She is a woman who cares about her loved ones and goes to the limits to help friends and family.

Paola is friendly, it easily integrates into any social environment and is dynamic, curious and endowed with a great joie de vivre.

What profession will Paola do? She can find great gratification in the professions related to the world of communication, teaching, advertising that allow her to use in a satisfactory way her great communication skills and her propensity for sociability.

Paola's personality is similar to that of the natives of theAquarium: intelligent, original, energetic, she likes to feel useful and is confident in her abilities. She has a loving and affectionate nature, but if she is disappointed she cannot easily forget and forgive.

Il blu it is the color that best suits Paola: it underlines her loyalty and wisdom and also reflects her quest for serenity and her dreamy side.

If Paola were a gem she would certainly be theamethyst, a stone he sets that enhances his tenacity in business and the support he brings to his loved ones.

Paola's lucky number is 7: symbol of the continuous search for knowledge.

We propose "Rosso Relativo" by Tiziano Ferro, from 2002.

Deep in the night in the chest of

The boredom that evening was too much

And he sought, he called

200 princes and instead she was there

lady of the castle

add a comment of Name for girl: Paola. Origins, meaning and curiosities