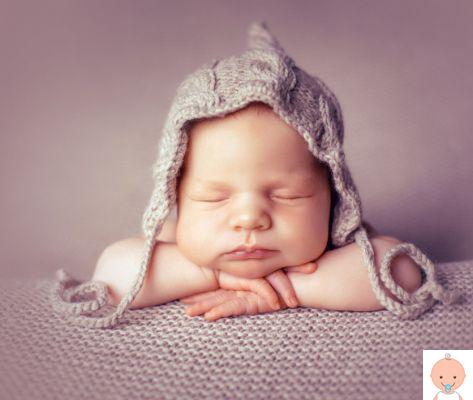 Among the traditional female names today we select Teresa, who has enjoyed great popularity over the centuries mainly thanks to the charismatic figures of Saint Teresa of Avila and Saint Teresa of Calcutta. Let's see in this guide the origin, the meaning, the curiosities of name Teresa for girl.

There are so many saints who bear this name. Generally the name day is celebrated on 15 October in memory of santa Teresa d'Avila, Carmelite reformer, Mother of the Discalced Carmelites and Discalced Carmelites, also a Doctor of the Church and patroness of Catholic writers. Her most famous work is The Inner Castle, a path of the soul in search of God through seven steps of elevation.

Origins and etymology of the name Teresa

The most accredited hypotheses trace the origin of the name to various Greek terms such as:

But there are also those who try to trace the name Teresa back to the island Thera or Therasia, which is located in the archipelago of Santorini.

Meaning of the name Teresa

Since the etymology and origin of the name are uncertain, it is not possible to say with certainty what the meaning of the name is, which can be:

Diffusion of the name Teresa

We know several Terese since ancient times, for example Therasia, the wife of St. Paulinus of Nola, originally from Barcelona, ​​or Teresa of Leon and other princesses. The name, therefore, is already present in the Middle Ages especially in the Iberian Peninsula, after the sixteenth century it spread, however, explosively throughout the West thanks to the popularity and cult of Santa Teresa d'Avila. In particular after the canonization of Saint Teresa, this name became extremely popular and for three centuries remained firmly in the list of the most common female names throughout Europe.

In the country his fortune has never waned: in the seventies he was seventh in frequency and is often associated with the name Maria.

But what is the trend of the last few years? According to ISTAT data on the most common names in the country, in 1999 774 girls were called Treesa, while in 2022 the absolute value dropped to 383.

Emotional and affectionate, Teresa possesses an undeniable magnetism. She is fully happy only when she loves and becomes passionate about something, when she feels useful. Teresa is tender, shy, reserved, she doesn't like to show off. She is very attentive to others, sociable, open and conciliatory.

It's a'amica extraordinary who always manages to comfort the person he loves, finds the right words and gestures. She has a natural intuitiveness, she is peaceful and diplomatic, but one must not be fooled by her appearances: Teresa can turn into a real tiger in the face of lies and deceit, which she hates more than anything.

Teresa is a woman direct and straightforward che appreciates clear situations, is courageous, active, resourceful and knows how to seize the opportunities available to him. She always knows how to take responsibility for her, both in the family and at work. She is dedicated to others and her projects and that allows her to be a perfect leader. Although she is often tolerant and flexible, she is stubborn and will react firmly in the face of injustice.

Teresa loves himharmony, peace and is ready to give much of herself to maintain balance. She is a perfectionist and scrupulous, demanding towards those she loves.

What profession will Teresa make? Emotional and family success is more important than professional success. At the same time she will be attracted to the socio-medical or artistic fields.

The zodiac sign that best represents Teresa's personality is Libra. Always looking for a personal and family balance and a harmony that involves her entire existence.

Teresa's color is theOrange, a symbol of inner harmony, but also of mental and physical energy and creativity.

Il beryllium it is Teresa's birthstone. In ancient times this stone was connected to light, brilliance and carried light, heat and energy.

Teresa's lucky number is 7: represents all forms of knowledge, completeness and inner analysis.

There are many songs dedicated to Teresa, from that of Max Gazzè in Rimini by Fabrizio De Andrè. We have choosen Teresa by Sergio Endrigo.

add a comment of Name for girl: Teresa. Origins, meaning and curiosities