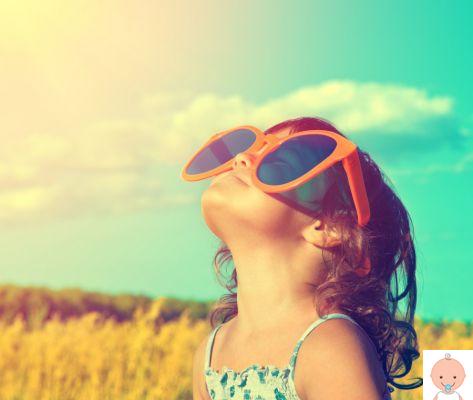 Today we have chosen to take a look at the classic female names, a little vintage, which are making a comeback in recent times and can be an excellent choice for those who want to give their daughter a traditional but not very common name. We discover in this guide the origin, the meaning, the curiosities of Virginia name for girl.

The name day can be celebrated on different dates, for example:

Origins and etymology of the name Virginia

Virginia is a name that derives from the Latin term Virginia or Verginia, a female form of Virginius or Verginius. In ancient times this name was associated with the Latin term virgo ("virgin"), but it has an Etruscan origin attributable to the name Vercna whose meaning is unknown.

Meaning of the name Virginia

Given the Latin origin, the meaning is "Virgin", if instead we give credit to the hypothesis that the name derives from the Etruscan Vercna, the meaning is still obscure today.

Spread of the name Virginia

We already find the name in Roman mythology which tells of one young Verginia who was killed by her father to steal her from Appius Claudius who wanted her for himself. This Latin legend which was then revived over the centuries by various authors and writers contributed to the spread of the name throughout Europe.

Different speech must be made for the Anglo-Saxon countries: Queen Elizabeth I was called "the virgin queen" and the British colony of Virginia in the New World was dedicated to her. In America, therefore, the name has spread like wildfire and is still quite popular.

According to ISTAT data on the most common names in the country, 1999 girls were called Virginia in 704, while in 2022 the number dropped to 591.

Virginia has one personality that does not leave you indifferent: it is extravagant, dreamy, intuitive, imaginative and fragile. She is a woman very sensitive who in defense tends to appear detached and excessively reserved. Sometimes, she then she appears talkative, passionate, enthusiastic, and other times she is withdrawn, silent, introverted. This duality upsets others and at the same time fascinates them. Virginia, therefore, can experience great times extraversion alternating with closing periods of introversion; tends to live in constant motion, in search of stability and change at the same time. He easily isolates himself from the world, detaching himself from reality to dream, and then move on to a phase of enthusiasm and energy that leaves you amazed.

Virginia tends to be anxious and to get easily nervous if something bothers or worries her. However, communication has an important place in her existence, she is chatty and talkative and she loves to communicate with others, especially with those she cares about.

It's a lot intuitive, quickly interprets the various situations, has an extraordinary intellectual agility and also an excellent practical sense. You need constant stimuli and to be able to cultivate your artistic vein to express your sensitivity.

It is a woman independent who loves to live with imagination and freedom. She is looking for the unknown, for adventure, for change, she is impulsive and not very patient. She loves to travel and discover the world and she loves to be surprised.

What profession will Virginia do? You will not always have clear ideas and will have no problem changing paths several times over the course of your life. His profession will probably be linked to the circumstances of his life. He could find gratification in commerce, tourism, but also in teaching or in the arts.

Il violet is the color of Virginia and symbolizes her constant search for an emotional bond with those she loves. Furthermore, this stone strengthens the ability to dream and imagination.

L'amethyst it is the Virginia stone and helps her to recognize and cultivate the spiritual aspect that is hidden in everything.

L'8 is the number of Virginia: this number helps to realize one's projects, stimulating ambition and tenacity.

add a comment of Name for girl: Virginia. Origins, meaning and curiosities